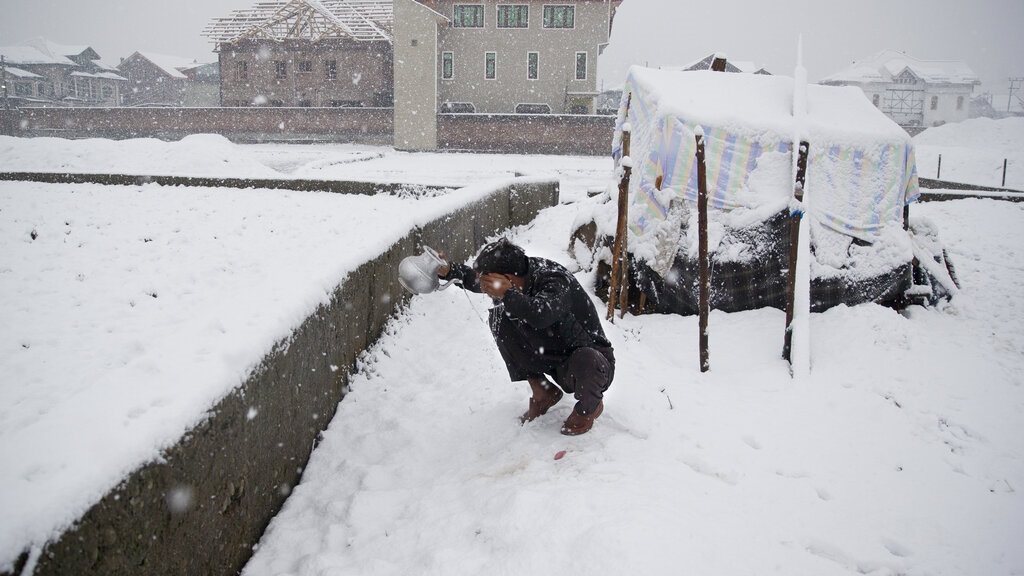 Heavy snow caused avalanches and landslides that killed eight people and trapped four others in the Himalayan region of Kashmir, officials said Friday.

They found the bodies of three of the policemen and the two firefighters, and two others were rescued alive, police officer Harmeet Singh said. He said the unidentified rescued men were hospitalized while efforts to find the three missing people continued.

Pani said the policemen had taken shelter in the fire station because it had not been damaged by past avalanches in the mountainous area, where landslides are common.

Elsewhere, a man died in the southern Kokernag region when an avalanche hit his home Thursday evening, and his wife was still trapped under the snow, police said. Two other family members were rescued Thursday night.

Dozens were evacuated from high-risk areas following heavy snows that disrupted power and communications as well as air traffic in the Indian-controlled portion of Kashmir, while cutting off the Kashmir Valley from India. Authorities issued a high-danger avalanche warning in many parts of the region.

Last month, 10 workers were killed when an avalanche hit a Himalayan mountain pass bordering China in the Indian-controlled portion of Kashmir. Rescuers took about a week to retrieve the bodies. Last year, 11 civilians died in an avalanche near the highly militarized Line of Control that divides Kashmir between Indian and Pakistan-administered areas.

Avalanches also have caused some of the heaviest tolls for the Indian and Pakistani armies camped near the de facto frontier dividing their territories.

In 2017, at least 20 Indian soldiers were killed in three avalanches, and in 2012, a massive avalanche in Pakistan-controlled Kashmir killed 140 people, including 129 Pakistani soldiers.

Kashmir is divided between India and Pakistan and is claimed by both in its entirety.