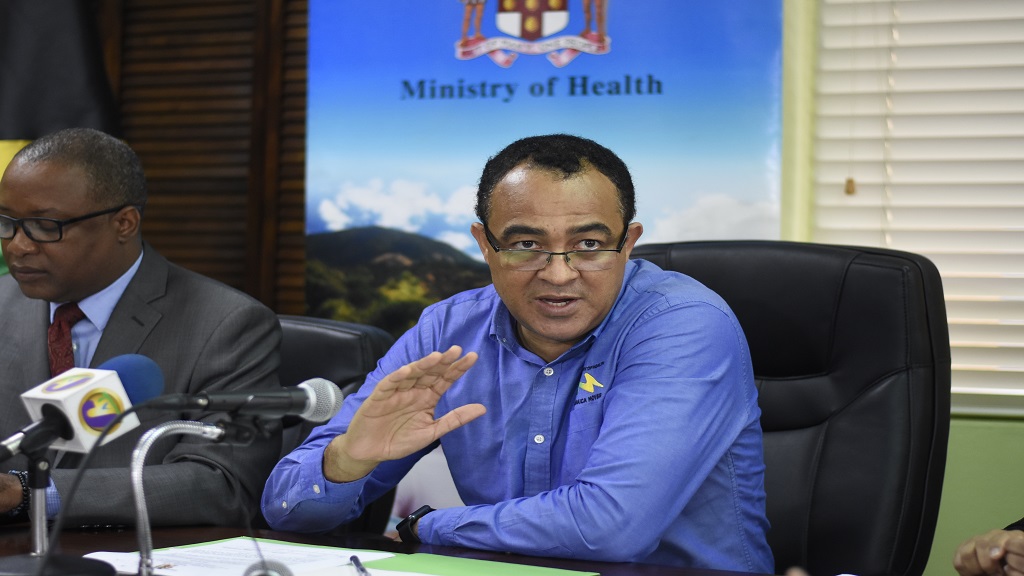 Jamaica's Health Minister, Dr Christopher Tufton, issued a call for Jamaicans to consult a medical doctor in the event that they experience dengue-related symptoms.

The minister warned against the practice of self-medicating, in the light of serious health risks, after over 100 cases of dengue were diagnosed in Jamaica in December 2018.

Officials from the health ministry also warned Jamaicans not to use aspirin, diclofenac, ibuprofen or any of the medications/pain relievers known as non-steroidal anti-inflammatory drugs (NSAIDs), as these have been known to increase the severity of the disease.

“If you feel a headache, the fever, the rash, the joint pains, it is important that you see your physician, whether in the public system or your private physician,” he advised.

The Health Ministry on Thursday confirmed that there is a dengue fever outbreak in the country.

It was revealed that the number exceeds the outbreak threshold of 96 cases.

Tufton noted that seven deaths suspected to have emanated from dengue were recorded in 2018, with two having been confirmed as such.

Health officials pointed out that with dengue symptoms bearing similarities to those of the flu, it is important for persons to get a correct diagnosis from a physician.

“Self-medicating has to be guided. Because it is also the flu season, many persons may determine that symptoms related to headache and fever may be a bout of the flu,” the Minister said.

Dengue fever is transmitted by the Aedes aegypti mosquito, and symptoms include sudden onset of high fever with a severe headache, fatigue, pain behind the eyes, muscle, bone or joint pain, skin rash and vomiting, or feeling nauseous.

Rest and adequate hydration are recommended to combat the symptoms and acetaminophen/paracetamol for the treatment of fever.

The Ministry is warning the public not to use aspirin, diclofenac, ibuprofen or any of the medications/pain relievers known as non-steroidal anti-inflammatory drugs (NSAIDs), as these have been known to increase the severity of the disease.

“If you administer aspirin to dengue symptoms, it could aggravate the problem and make the condition worse. To the extent that you are unsure, seek medical advice before you self-medicate. If you want to self-medicate, be absolutely cautious. Avoid taking aspirin,” Dr Tufton reiterated.

Additionally, some persons may develop a rare complication of dengue fever referred to as dengue haemorrhagic fever (DHF), which may result in bleeding, including internal bleeding.

The Ministry recommends that immediate medical attention should be sought once a person with a fever begins to vomit, has severe abdominal pain, bleeding under the skin (petechial rash), feels very weak or gets confused.

Health Minister was derelict in duties regarding dengue - Campbell