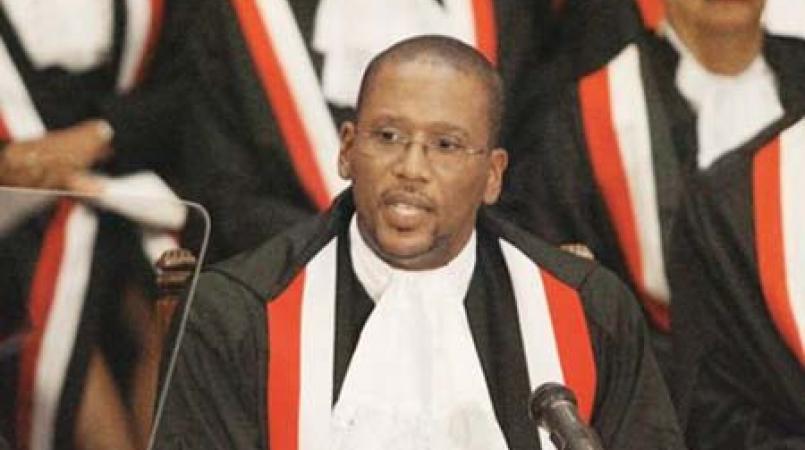 Marcia Ayers-Caesar will resume her position as the Chief Magistrate.

This, following her resignation on Thursday afternoon from her two-week position as a Supreme Court Judge.

In a statement following her resignation, Chief Justice Ivor Archie said the Judicial and Legal Service Commission (JLSC) has met and agreed to restore Ayers-Caesar to the Magisterial Bench.

"Given Mrs. Ayers-Caesar's commitment to address her outstanding matters and having regard to the hardships likely to be experienced by accused persons, witnesses and the legal fraternity should matters be restarted, the JLSC has met and agreed to restore Mrs. Ayers-Caesar to the Magisterial Bench. His Lordship now urges members of the legal profession and other stakeholders in the criminal justice system to continue to render the support needed to ensure the efficient disposition of matters in the criminal justice system," he said.

Ayers- Caesar resigned following reports that several prisoners, some who have been in remand for over five years as their matter drags on in the preliminary inquiry phase of the proceedings, reportedly began complaining loudly on Wednesday after all their matters were adjourned to May.

In his statement, the Chief Justice said Ayers-Caesar did not advise of her outstanding obligations before accepting her position as a Supreme Court Judge.

He said that while the former Chief Magistrate was selected for elevation to the High Court Bench following a robust selection process by the Judicial and Legal Service Commission (JLSC), she failed to manage the transition from the magistracy to the High Court in a way which ensured that undue hardship was not placed on stakeholders.

"His Lordship also notes that Mrs. Ayers-Caesar departed from established practice whereby successful candidates ensured they have fulfilled all outstanding professional obligations before advising the Commission of their availability for appointment to the High Court. The Chief Justice and the JLSC were not made aware of the full extent of her obligation before the Lower Court before His Excellency fixed the date for the swearing-in of Mrs. Ayers-Caesar," he said.