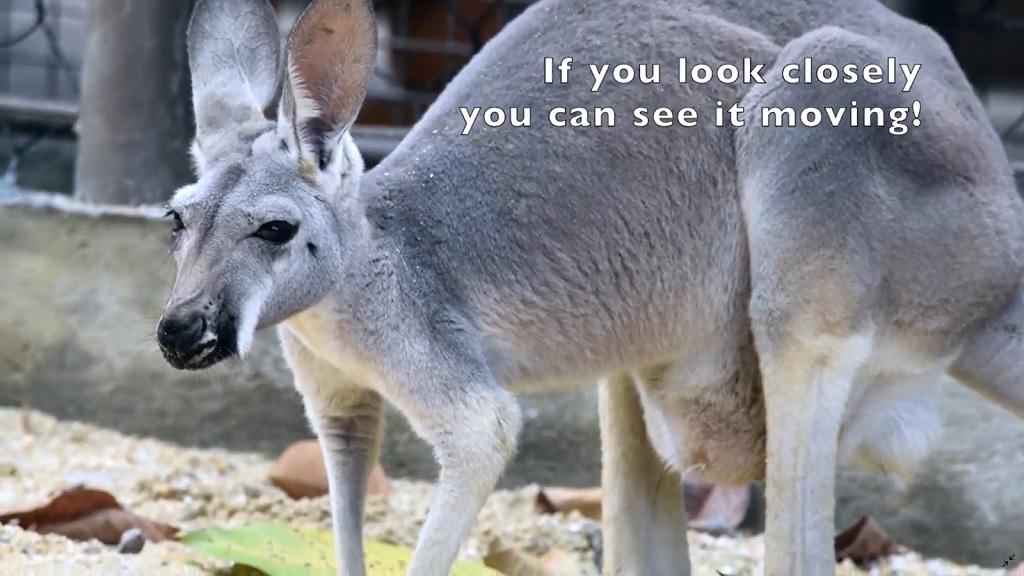 After the sorrow of losing a kangaroo earlier this year, the Emperor Valley Zoo has cause to celebrate after announcing that one of the female red kangaroos was seen with a baby kangaroo or joey in her pouch.

The Zoo said in a social media update on Sunday that upon looking closely, one can see the joey moving around in its mother's pouch.

"Baby Announcement!  AGAIN! One of our female Red Kangaroos has a joey in her pouch!"

The Zoo said the gestation period for a baby kangaroo is only 34 days, after which the hairless newborn ascends into its mother's fur pouch and latches onto a nipple.

The Zoo said the newborn stays in the pouch for about six months before it's sufficiently developed to leave the pouch for short periods.

After eight months, the joey is able to leave its mother's pouch for good, the Zoo said.

Two male and two female kangaroos arrived at the Zoo in August 2019, however one red kangaroo died after Independence night fireworks took place at the Queen's Park Savannah a short distance away from the Zoo.

On November 8 the Zoo also announced that their llama Moca had given birth to a baby, named 'Minnie'.

The Zoo said Minnie needed to be bottle-fed after Moca was unable to successfully nurse the newborn.

The gestation period of a llama is 11 months. A baby llama is called a "cria" which is Spanish for "baby".

The red kangaroo (Macropus rufus) is the largest of all kangaroos, the largest terrestrial mammal native to Australia, and the largest extant marsupial. It is found across mainland Australia, avoiding only the more fertile areas in the south, the east coast, and the northern rainforests.

Red Kangaroo’s can be distinguished from other species of kangaroos by the black and white patches on their cheeks and the broad white stripe that extends from the corner of the mouth to ear. Male Red Kangaroos are double the body weight of females and can weigh up to 92kg while the females can weigh up to 39kg.

Red Kangaroos are herbivores, primarily grazing on grasses but also eat forbs and leaves of shrubs. The Red Kangaroo has the ability to survive when water is scarce.

The herbage and foliage that the Kangaroo eats provides them with their water needs as well as their nutritional requirements. In times of drought, Red Kangaroo populations can suffer as their food supplies diminish.

The abundance of food is a determining factor in the Red Kangaroo life cycle.