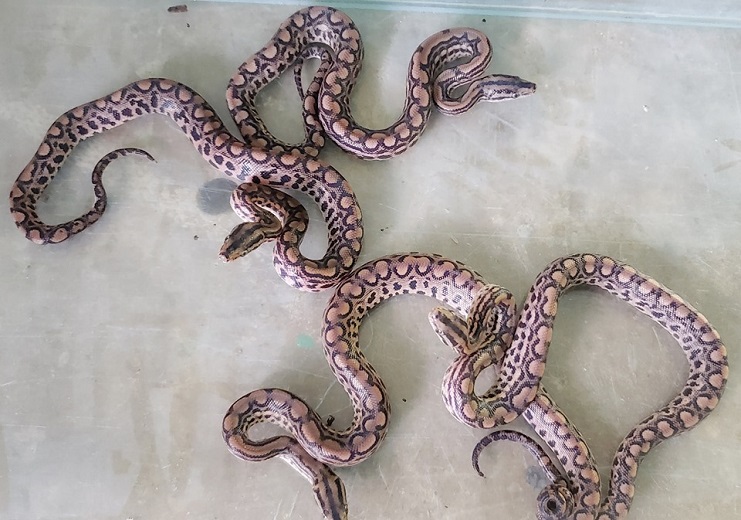 The Emperor Valley Zoo has welcomed four rainbow boa snake babies. The snakes were born last Friday to a female rainbow boa. According to a Facebook post from the zoo, all four snakes are alert, active and progressing well.

The rainbow boa is also known as the velvet mapepire and is one of Trinidad and Tobago's local snake species. According to the University of the West Indies, the reptile grows to a maximum length of 4 feet in males and 4.5 to 5 feet in females. It's non-venomous and plays an important role as it helps maintain a balance in the environment by feeding on rats and other small animals. When startled, it can slither away for safety or rely firstly on a chemical defence in which strong odorous material is released from the anal gland to ward of predators. This is followed by biting, the snake would initiate a sequence of biting to keep the predator at a particular distance. If the snake realizes that it has been overpowered, it would curl up in a defensive ball.

Why is it called a rainbow boa? Its skin, at different angles, looks like a rainbow in the sunlight. What's the science behind it? There are ridges on the scales which act like prisms which refract sunlight. This causes a rainbow coloured effect.

Rainbow boas are protected by our wildlife laws.

Last week, a Burmese python bit one of its handlers at the zoo. Walter Bunyon was hospitalised briefly, as a result.