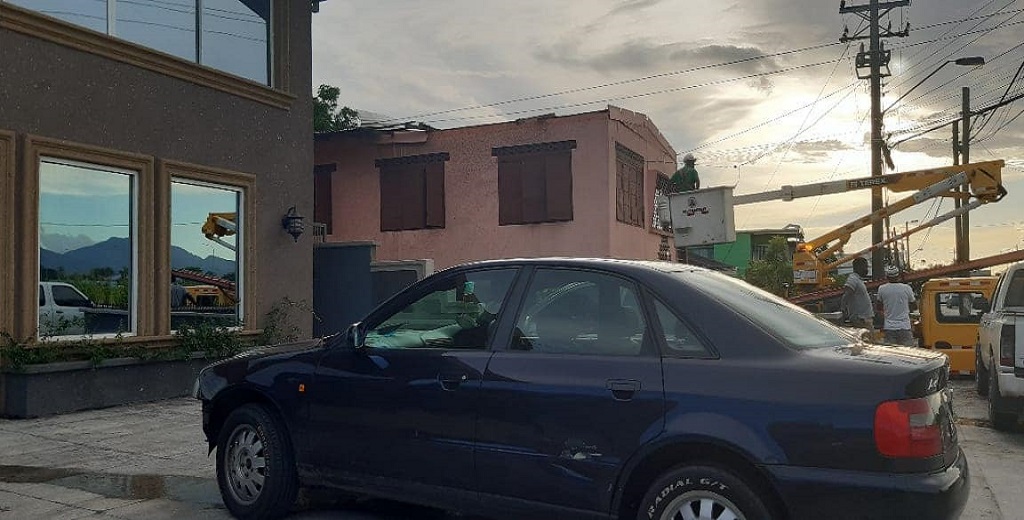 More than 20 families have been affected by inclement weather in Caroni East after their roofs were blown off.

Opposition MP Dr Rishad Seecheran noted that the homes of a few of his constituents were destroyed during heavy rainfall and strong winds on Tuesday afternoon.

The affected infrastructures are located at St Helena, Kelly Village, Madras Road, Ragoonanan Road and at Hin Kin Street in Cunupia. These areas were the worst-hit during the thundershowers and gusty winds.

Roofs blown off in Caroni East after inclement weather

Dr Seecheran said: “I am pleased to report that assistance was received in the form of tarpaulin, mattresses, galvanise, lumber and food supplies in order that the residents could continue to occupy their respective homes.”

He added that help is being sought to repair the damage which included fallen trees.

“There was at least two fallen tree, which was removed by employees of the Tunapuna-Piarco Regional Corporation.

I would like to urge the corporate community and other well-wishers to assist the distressed residents.”

Councillors, field officers and employees of the office of the Member of Parliament also visited the homes.

Roofs blown off, residents to get relief grants