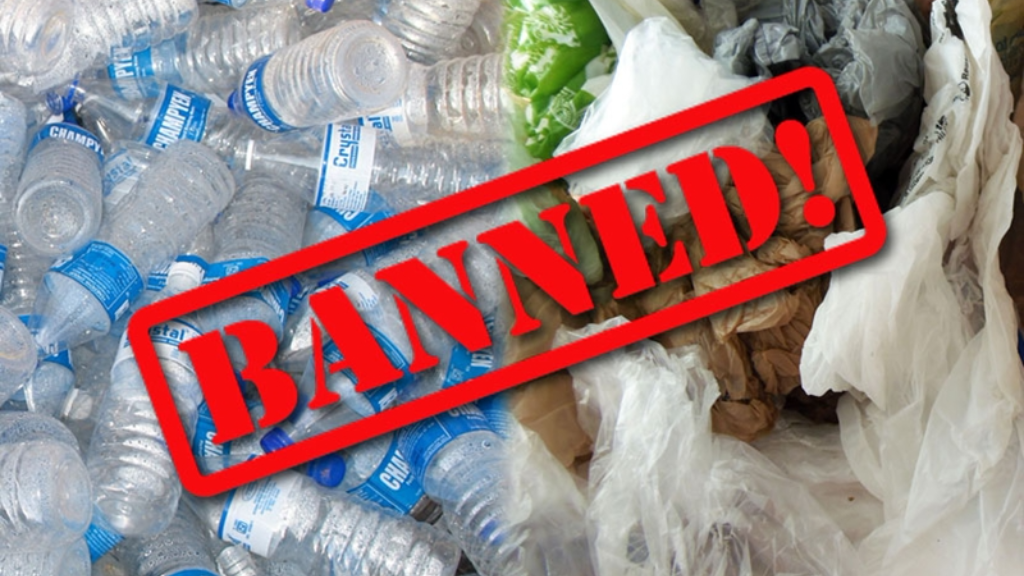 Bahamas Minister of the Environment and Housing Romauld Ferreira has declared that single-use plastics (shopping bags, food utensils, straws and Styrofoam food containers, etc) will be banned by 2020.

According to Caribbean 360, the move comes in an effort to address marine pollution and waste management. Ferreira indicated that his ministry will create a phase-out plan to achieve this.

“We will also move to make the release of balloons into the air illegal, as they end up in our oceans, releasing toxins and injuring marine life,” Ferreira said. “Additionally, we will become a signatory to the Clean Seas Campaign, which was launched in January 2017 by the United Nations Environment. It aims to increase global awareness of the need to reduce marine litter by engaging governments, the private sector, and the general public.”

Additionally, his Ministry, along with environmental professionals, the Bahamas Chamber of Commerce and Employers’ Confederation (BCCEC) and the business community, and relevant governmental agencies and educational institutions, will start a nation-wide public consultation and educational outreach campaign.

“We will visit communities and schools, hold town hall meetings and meet with businesses to gather valuable data that will assist us in developing a fair and reasonable phase-out plan by 2020 and associated legislation.

“In the coming weeks, we will be reaching out to businesses that have already incorporated sustainable food products into their daily operations."

Ferreira emphasised that "The Bahamas is a “delicate” country with an extensive marine environment that is fundamental to its health and economy."  Like many other countries, he said, The Bahamas has an “exacerbating" plastic problem that has significant economic and environmental costs.

“If you didn’t know, plastic and Styrofoam do not decompose,” he added. “They break down into much smaller micro-pieces which are often mistaken for food by birds, turtles, and fish. Injuring or even causing death, various marine species have been impacted by marine debris through entanglement, ingestion, chemical bio-accumulation, smothering and the altering of habitats.”

Minister Ferreira said that plastic contamination is passed on through the food chain, accumulating from prey to predator and ultimately culminating in humans. “Now, we have come full cycle and find ourselves eating our own plastic waste,” he pointed out.

He also mentioned Styrofoam's effect on humans, stating, "Research has also connected the long-term exposure to Styrofoam to minor effects on kidney function and menstrual cycles of women.”

Ferreira highlighted the impact of plastic on the country's tourism sector.

“A survey done by the Ministry of Tourism found that 70 percent of visitors come to The Bahamas for its beaches. However, the Bahamas Plastic Movement estimates that if the rate of plastic pollution on beaches increases, it could cause up to $8.5 million in tourism losses annually for the country. Thus, the country urgently needs laws and swift action to protect its people, environment, and economy.”

The minister appealed to the general public for its support in implementing the plastics ban but is also leading by example.

“We value your input and look forward to engaging you throughout this process. In an effort to lead by example, my ministry has officially banned the purchase and supply of Styrofoam cups in our offices. Instead, we encourage all employees to bring their own mug and reusable water bottles to work. We are working to expand our office sustainability plan so that it may be echoed throughout the public sector.”