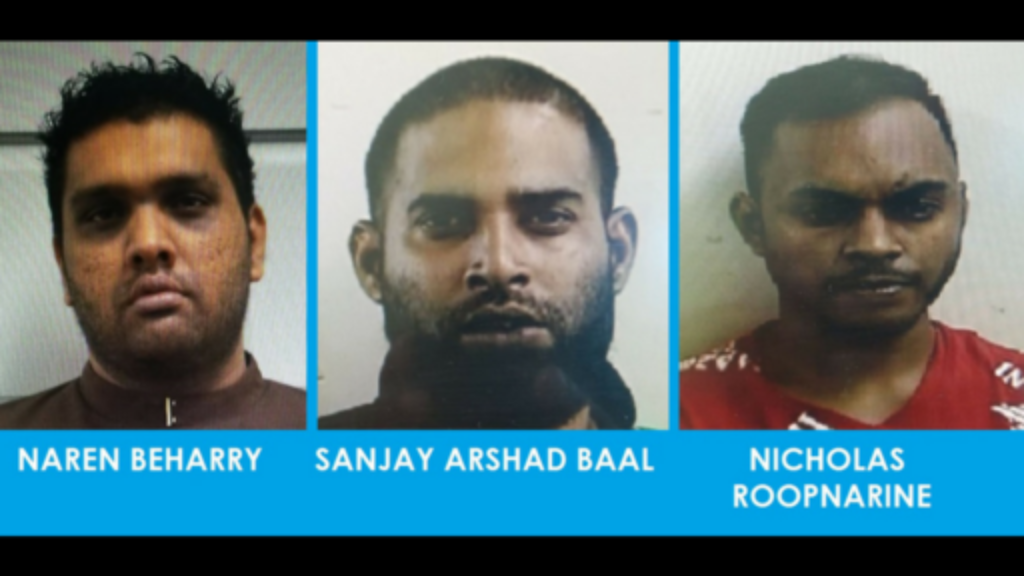 A Special Reserve Police officer and two Charlieville men have been granted bail with surety in differing amounts, after appearing before a Chaguanas Magistrate on Monday.

The three are jointly charged with common assault against a 47- year-old man last Sunday.

Beharry also faced additional charges of common assault and possession of firearm and ammunition to endanger life against four other male victims on June 18.

The 47-year-old victim of Charlieville, was liming at a bar in the area around 9:30pm on June 17, 2018, when he was approached by three men, one armed with a gun. The men proceeded to beat the victim with the weapon before leaving.

Hours later, the armed assailant proceeded to Gaindiah Street, Charleville, where he fired several shots at four male victims; a 70-year-old, a 40-year-old, a 35-year-old and a 28-year-old.

Police say the two incidents are believed to have resulted from an ongoing domestic dispute.