Bail for SRPs charged with misbehaviour in public office 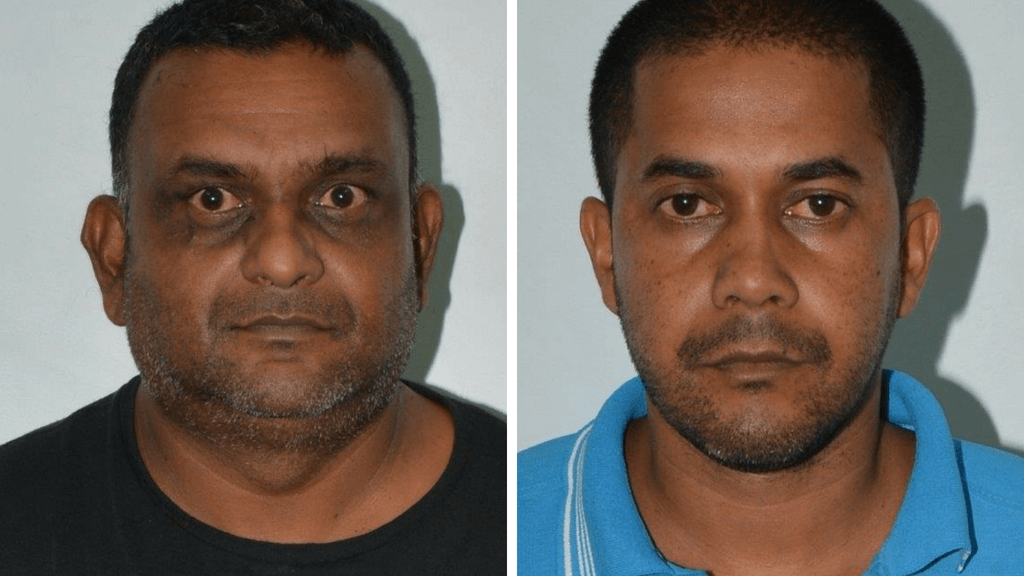 Two Special Reserve Police Officers jointly charged with four counts of misbehaviour in public office arising out of two separate incidents have been granted bail after appearing before a Chaguanas Magistrate.

PC Navindra Sinanan, 41, of McBean Village, Couva; and PC Nigel Dhanpat, 38, of Tumpuna Road, Arima, were each granted $200,000 bail with surety when they appeared before Magistrate Christine Charles in the Chaguanas 1st Magistrates’ Court on Monday to answer the charges.

Sinanan and Dhanpat, who were last attached to the Chaguanas Rapid Response Unit, are alleged to have robbed a 19-year-old male victim of two Samsung S8 cellular phones and a quantity of cash in Chaguanas on January 27, 2018, in the Chaguanas district.

The victim was reportedly involved in an argument with a woman at Price Plaza, Chaguanas, earlier that day, which was subsequently reported to police.

The accused responded to the report and allegedly took the victim to Penco Street, Montrose, Chaguanas, where he was robbed.

A report was then made to the Professional Standards Bureau (PSB) on January 29, 2018.

The accused are also alleged to have forced a 52-year-old produce vendor into a marked police vehicle, while on mobile patrol along the Chaguanas Main Road, on March 24, 2018.

The victim alleged that he was robbed of produce valued $100; $400 in cash and made to purchase drinks worth $40.

A report was made to the PSB on the same date of this incident, leading to an investigation being launched by Snr. Supt. (Ag.) Andy Belfon, of the PSB.