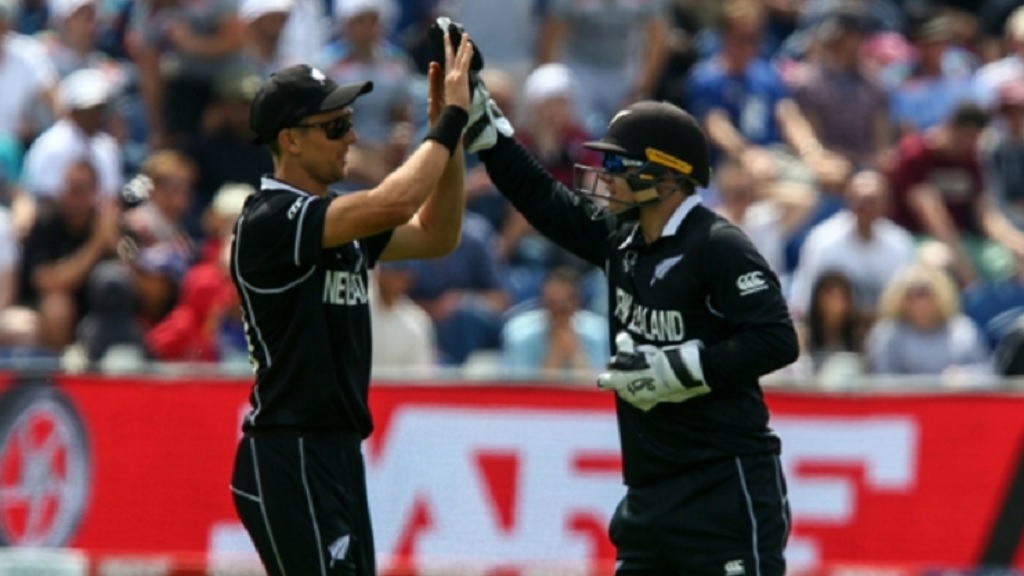 New Zealand will hope for more cause to celebrate on Wednesday.

New Zealand are looking forward to being back out on the field with Bangladesh when the two countries go head to head on Wednesday at the Cricket World Cup.

The Oval will stage a reunion of the teams, who last played each other in March but saw their Test series abandoned after a deadly mass shooting at a mosque in Christchurch.

Bangladesh's players were almost caught up in the tragic attack and swiftly left New Zealand, with the International Cricket Council supporting the cancellation of the third and final match of their series, which was due to be played at the Hagley Oval.

New Zealand had dominated the opening two Tests, and also scored a resounding 3-0 ODI series success, but that will count for little in London when the teams meet this time.

Both are on a high early in the World Cup, New Zealand after a thumping 10-wicket victory over Sri Lanka in Cardiff, and Bangladesh following their eye-catching 21-run win over South Africa.

That triumph over the Proteas also came at The Oval, and New Zealand skipper Kane Williamson will certainly be wary of Bangladesh in the day-night contest as both sides eye a second win in the group stage. New Zealand will be unchanged.

Innings of 78 from Mushfiqur Rahim and 75 from Shakib Al Hasan steered Bangladesh to 330 for six, their highest ODI total, and South Africa fell short in their chase.

New Zealand's opening victory was no less impressive, if achieved in wholly different circumstances. They skittled Sri Lanka for 136 and picked off the runs without loss in just 16.1 overs, illustrating their potential to achieve something special in England.

- Bangladesh and New Zealand have met four times before in Cricket World Cup history (1999, 2003, 2007, 2015), with the Black Caps winning all four previous clashes, batting second on each occasion.