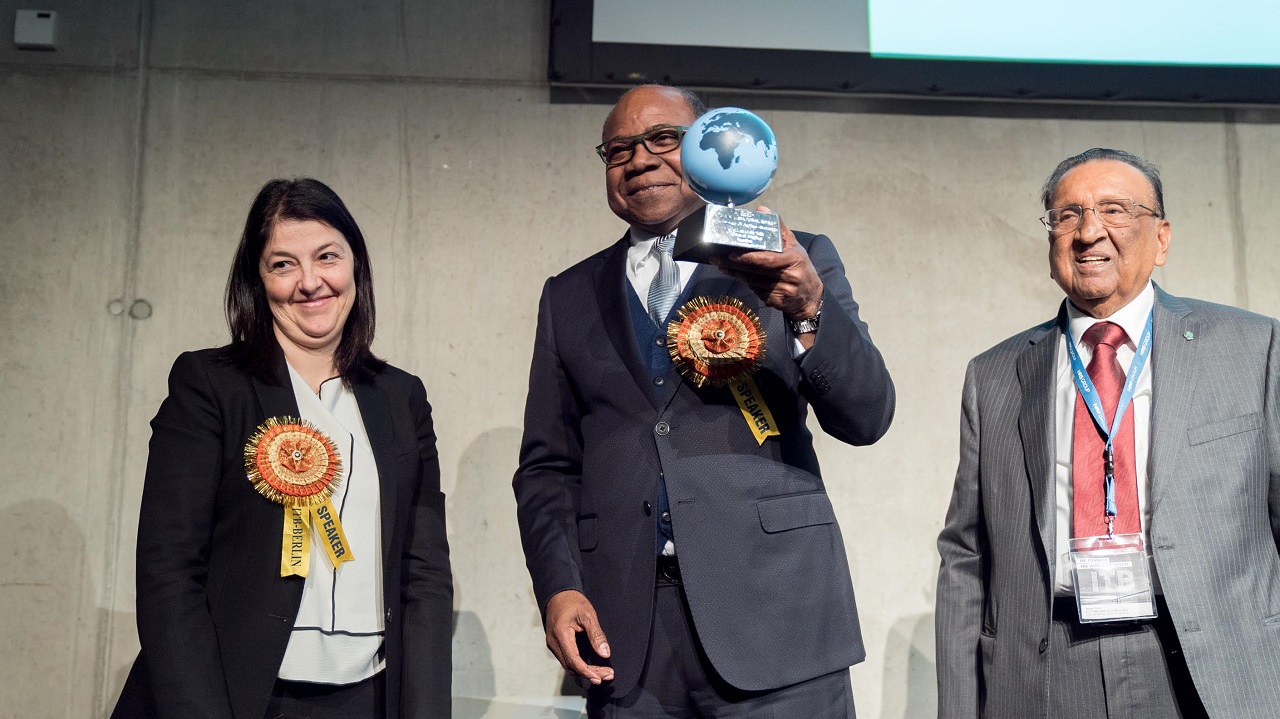 Tourism Minister, Edmund Bartlett (centre) holds his Worldwide Tourism Minister of the Year Award by the Pacific Area Travel Writers Association (PATWA) following its presentation at the ITB Global Tourism Tradeshow in Berlin, Germany. To his left is Sandra Carvao, Chief of Communications for the United Nations World Tourism Organisation (UNWTO) and to his right, Secretary General of PATWA, Sagar Ahluwalia.

“It is truly humbling to be recognized in this manner at such a major international event. I accept this award, not for myself but for the people of Jamaica – it is clear that we have made our mark on the globe. The world now knows that Jamaica can host the biggest conferences and that we have some of the best attractions and hotels. No matter the passion point of our visitor, we can deliver,” said the Minister in a press release.

PATWA is a professional organisation of travel writers, which was founded in 1998 and works with both the public and private sectors to support sustainable growth and improve the quality of travel and tourism. It adheres to the fundamental principles of the United Nations Educational, Scientific and Cultural Organization (UNESCO), the United Nations (UN), and the World Tourism Organization (UNWTO). PATWA is an affiliate member of UNWTO.

The awards were given at the ITB global tourism tradeshow, the largest of its kind globally, attracting around 109,000 visitors and 10,000 exhibitors.  The tradeshow also has an audience of international travel and tourism leaders from around the world.

After ITB Berlin, Minister Bartlett travels to London to meet with stakeholders – such as tour operators, hotel representatives, market executives and travel-trade media representatives as part of JTB’s marketing plan to increase visitor arrivals from the country’s leading markets across the globe. He is expected to return to the island on March 14, 2018.

Bartlett excited by tourist pull and variety presented by carnival