Bearded model calls for people to accept each other's differences 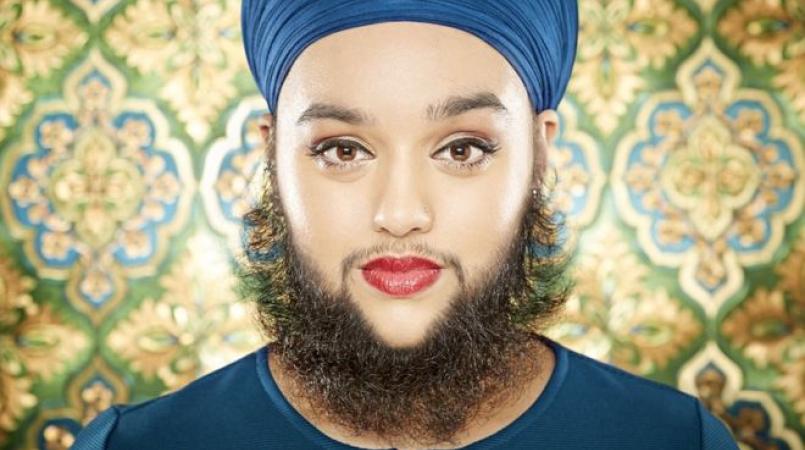 Bearded model Harnaam Kaur is urging people to love and accept themselves regardless of how they look.

Delivering the feature address at the International Women's Resource Network conference entitled "The power within; love your body, love you",  Kaur dared the audience to love themselves and see what effect it would have on all the companies that thrive off of people's poor body image.

Kaur, a body confidence advocate and plus sized model, is the youngest woman in the Guinness Book of Records to sport a full beard.

The 25-year-old developed the facial hair as a result of Polycystic Ovarian Syndrome, which she developed at the age of 16.

Speaking at the conference, she detailed the bullying she endured at school as a result of the facial hair, her ethnicity and weight, revealing suicidal thoughts and behaviour she had as a result.

"A beard is normalised to be something that a man holds but for the last 15 minutes now a woman is standing before you with a beard, so I think society's standards need to change a little bit," she said, noting that though she tried to get rid of her facial hair she has come to love it, referring to it as a her lady beard.

Kaur said she doesn't understand why people discriminate based on physical differences.

Stating that nature is imperfect, Kaur wondered why we think nature is beautiful but then judge each other for imperfections.

The Conference also featured morning lectures from Dr  Jacqueline Huggins who spoke about the disabled and Dr Gabrielle Hosein who spoke about gender equality and gender expression, noting that African and Indian women came to the Caribbean as workers who knew how to fight.

Psychologist Professor Gerard Hutchinson spoke about bullying, depression and suicide, noting that reports of bullying increased in Trinidad and Tobago over the last ten years.