From the Beetham dump to Forbes: Trini author tells tale of success 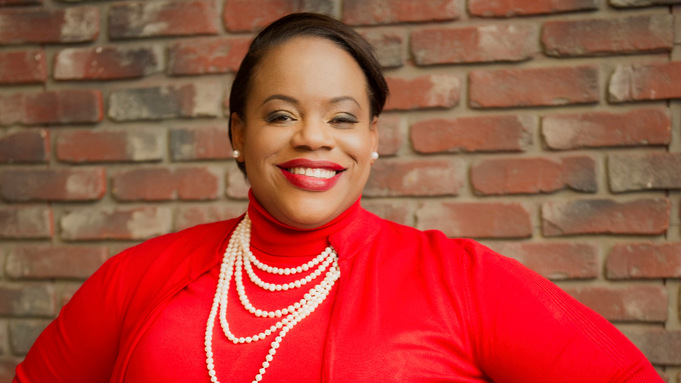 From working on the Beetham dump as a child to being featured in the Forbes Magazine, Camilita Nuttall is an example of the ultimate success story.

Against all odds, she was able to escape a life of poverty.

Nuttall is a successful entrepreneur, author and inspirational speaker.

She is the CEO of the Event of Champions ®, a company which hosts a series of events aimed at teaching people how to build, sustain and develop a global brand.

Nuttall’s work was featured on Forbes after she was contacted to write an article highlighting how she built the business so fast in such a short period of time.

She is also on her way to becoming an official Featured ForbesBooks Author.

Nuttall has authored several books including, ‘How to Fast Track Your Success’ and ‘Quotes Inspirational Messages & Success Secrets to Live Like a Champion.’

Now, the powerful female businesswoman will be returning to Trinidad for the Event of Champions ® Bootcamp which will be held at the Hyatt Hotel on Friday, May 4..

Nuttall in an interview with LoopTT shared her success story.

She said she had a tough childhood, but this did not stop her from pursuing her dreams.

“At the age of 13 my dad lost his job and told my mom he could not continue to afford to send me to secondary school and I had to stop. My mom said we will find a way, so we did. My sister encouraged us to go on the dump near the Beetham Estate to hustle bottles through large amounts of waste and rubbish in order to buy my school books and uniform etc just to attend secondary school. For 2 months, my mom and I hustled on the dump, got glass bottles to sell and I got my books and uniform etc. to attend secondary school,” Nutall said.

Nuttall said as a child she grew up very poor in Biche, Trinidad.

She lamented that they had no running water, no shoes to go to school and not much to eat.

Nuttall explained that when her father lost his job, she and her mother were forced to go to the Beetham dump to get glass bottles to sell, to purchase her books and uniform.

However, Nuttall was determined to succeed despite her difficult childhood.

She said she couldn’t afford to attend the University of the West Indies so instead she enrolled in a tertiary education school to do A ‘Levels in Law and British and American Government and Politics.

Nuttall said by this time she had moved from Biche to live in Beetham, got a job at TSTT and then enrolled in Beckles and Associates Law School to start her LLB degree.

However, she said she wanted to go to the United Kingdom to finish.

Nuttall said it was while studying in the UK, at the beginning of her third year, she learnt about the industry of Network Marketing and Corporate Sales.

So she gave up law and decided to do business fulltime.

Nuttall became so good at Sales and Business Growth Strategies she became the Top Enroller and Top Business Builder for a company for seven years in Europe, travelling to 30 plus countries and making in excess of $20 million dollars in sales.

After 10 years, she decided to set up the Camilita ® & Event of Champions ® companies.

Nuttall’s work is well recognised globally, in addition to being featured on Forbes, she has also written for BBC Business News and Canada’s B2B Network, among others.

Asked what advice she would give to Trinidadians, she noted that success is a state of mind.

“It does not personify money, wealth or financial freedom alone. It means living out ALL your God-given talents and abilities as you enrich others to succeed. It's the whole you and not just the you that people see. It's about WHO you are and not WHERE you are and remembering to stay humble in the process. It's about giving your ALL, working smart and not worrying about what others think or say about you. Most of all it's about Living Like a CHAMPION, finding ways to succeed and living every day like it's your last."