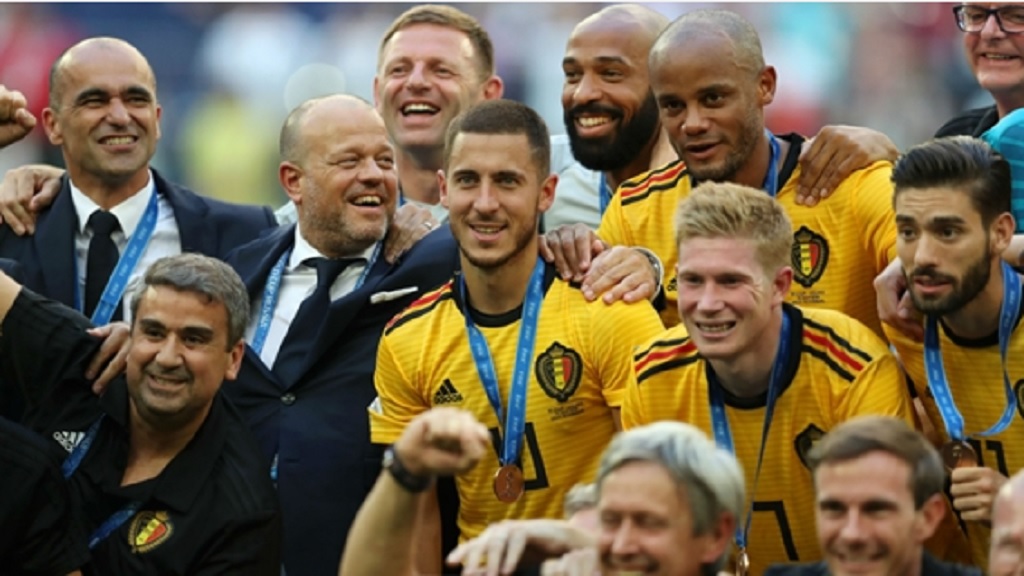 Belgium have edged ahead of world champions France at the top of FIFA's world rankings.

Roberto Martinez's side was beaten 1-0 by Didier Deschamps men in the semi-finals of the 2018 World Cup but pulled alongside them as the joint-top ranked team according to world football's governing body last month.

Now, following a 2-1 win over Switzerland in the Nations League and a 1-1 friendly draw with neighbours Netherlands, the Red Devils have edged ahead of Les Bleus on 1733 ranking points to 1732.

France drew 2-2 with Iceland in a friendly and beat Germany 2-1 – matching Belgium's return from the October international break but against opponents ranked lower by FIFA.

England are up to fifth after their impressive 3-2 win against Spain, who remain ninth, while Netherlands' 3-0 victory over Germany lifted them two places to 15th.

That is directly below an out-of-sorts Die Mannschaft, who fall two spots to 14th.

Minnows Gibraltar are the biggest movers – up eight places to 190th after their first competitive wins over Armenia and Lichtenstein.