Belizean sworn in as CCJ judge 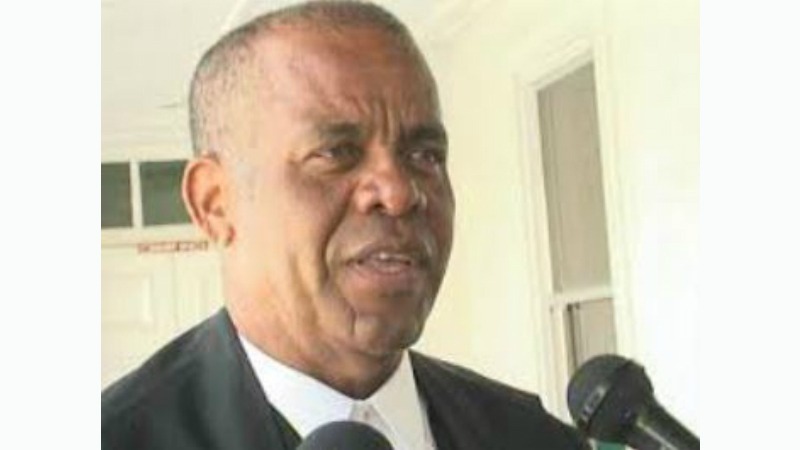 Newly sworn in Judge of the Caribbean Court of Justice; the Hon. Mr. Justice Denys Barrow (Photo via: CCJ/ambergriscaye.com)

The Honourable Mr Justice Denys Arthur Barrow was sworn in as Judge of the Caribbean Court of Justice
(CCJ) today at a ceremony at the Best Western Plus Belize Biltmore Plaza, in his home country of Belize.

The Honourable Mr Justice Barrow, who was sworn in by His Excellency Sir Colville Young, is the first
citizen of Belize to be appointed to the CCJ bench.

In a press release from the CCJ, it was noted that Mr Justice Barrow brings to the CCJ bench a 40-year legal career together with various stints of judicial appointments in judiciaries across the region and membership on a world-renowned tribunal dealing with international labour and human rights law.

Mr Justice Barrow is a graduate of the University of the West Indies with a Bachelor of Laws and received
a Legal Education Certificate from the Norman Manley Law School. He was admitted to the practice of
law in Belize in 1977 and embarked on a career in private practice. In 1990, Mr. Justice Barrow was elevated
to Senior Counsel and went on to start his own law firm “Barrow and Company”.

For nine years beginning in 2005, he served annually in Geneva, Switzerland as a member and then rapporteur of the International Labour Organisation’s Committee of Experts responsible for monitoring the application of international conventions on labour and human rights law. Members of the Committee are selected from across the world from among persons who have distinguished themselves as judges and professors of law.

In 2007, Mr. Justice Barrow was selected by the Belize Bar Association for its prestigious Custos Justitiae Award for excellence in the practice of law. In 2012, he was awarded the insignia for Commander of the Most Excellent Order of the British Empire for his distinguished service to Belize and the field of law.

Mr. Justice Barrow was selected from among applicants from the Caribbean, North America and Eastern Europe. Judges appointed to the CCJ are evaluated on the basis of wide-ranging criteria that include; experience, high moral character, intellectual and analytical ability, sound judgment, integrity and an understanding of people and society.

Judges told not to favour gender