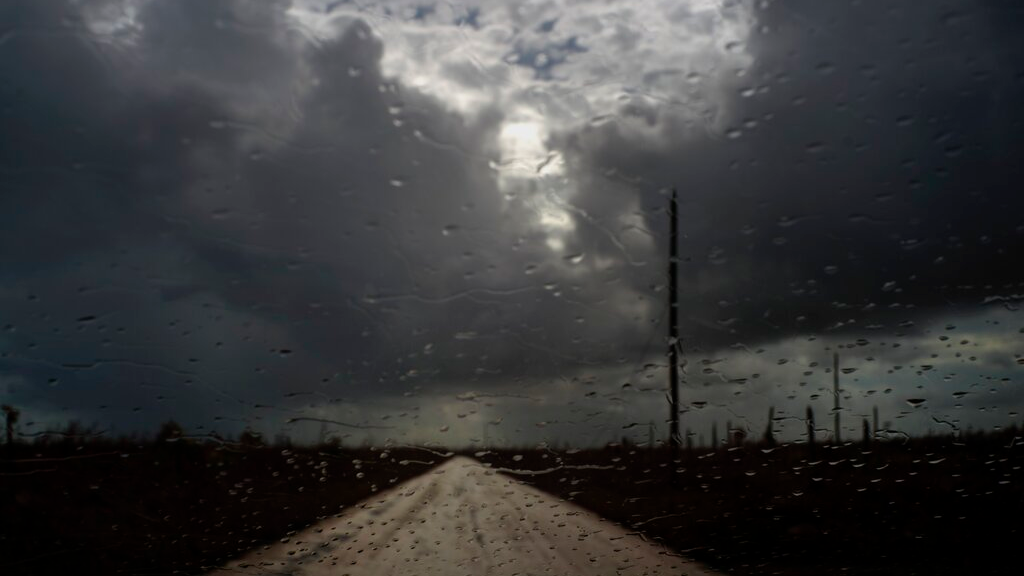 Rain drops cover a car's window shield prior to the arrival of a new tropical depression, that turned into Tropical Storm Humberto, in the aftermath of Hurricane Dorian en route to Mclean's Town, Grand Bahama, Bahamas, Friday Sept. 13, 2019. Humberto narrowly missed the island over the weekend, while it's expected to move over Bermuda later this week. (AP Photo/Ramon Espinosa)

The US National Hurricane Center in Miami said Monday that Humberto could become a major hurricane by Tuesday night, bringing with it the likelihood of tropical-storm-force winds to Bermuda on Wednesday, with heavy rain beginning Thursday.

Swells generated by Humberto will roil the northwestern Bahamas coast as well as the southeastern US Atlantic coast from central Florida to North Carolina over the next few days. Such swells could pose life-threatening surf and rip current conditions to swimmers and surfers.

Late Sunday, Humberto strengthened to a Category 1 hurricane. By early Monday, the storm had maximum sustained winds of 85 mph (137 kph). The storm was about 760 miles (1223 kilometres) west of Bermuda and moving northeast at 5 mph (8 kph).

The US National Hurricane Center said Humberto will bring large swells to the northwestern Bahamas and southeastern US coast for several days.

Rip currents are narrow channels of water that move away from shore at high speed, posing a drowning threat to swimmers.

Additional strengthening is forecast through Wednesday when the eye of the storm is expected to be out in the open Atlantic.

As shock wears off, mental health concerns grow in Bahamas