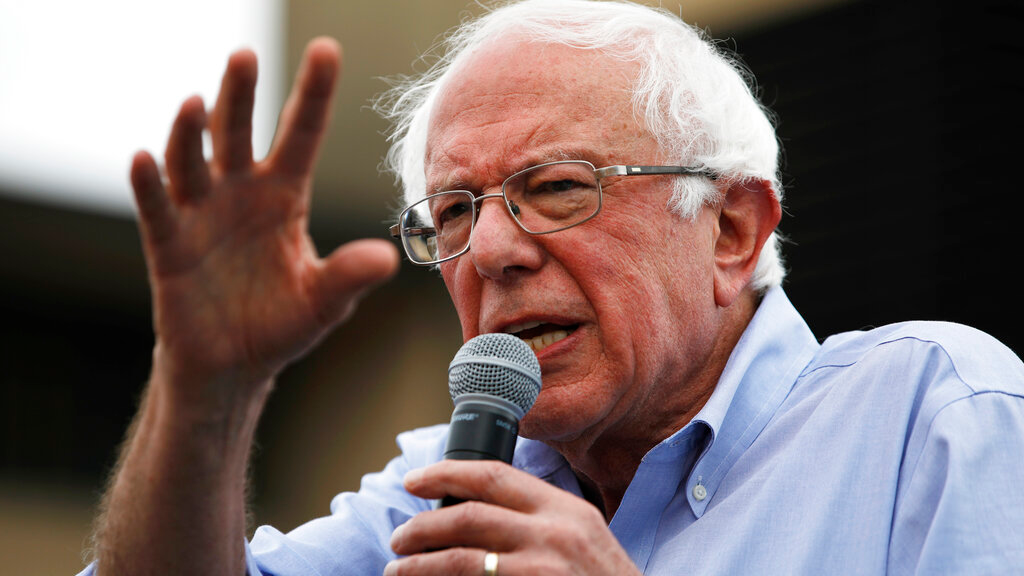 Democratic presidential candidate Bernie Sanders had a heart attack, his campaign confirmed Friday as the Vermont senator was released from a Nevada hospital.

The 78-year-old was at a campaign event Tuesday when he experienced chest discomfort and was taken to a hospital where he was diagnosed with a heart attack. The senator was transferred to Desert Springs Hospital Medical Center where doctors inserted two stents to open up a blocked artery in his heart, according to a statement from the Las Vegas doctors.

The doctors, Arturo Marchand, Jr. and Arjun Gururaj, said the rest of his arteries were normal.

A blocked artery can cause a heart attack, which just means that an area of the heart is suffering and in danger of damage because it's not getting enough blood or oxygen. An artery-opening procedure like the one Sanders had, and placing stents, which are tiny scaffolds to keep the artery open, restores blood flow and helps prevent future problems.

The statements from Sanders and his doctors do not indicate whether his heart suffered any permanent damage, or the extent of any. The sooner blood flow is restored, the better the chance of survival without damage, which is why heart experts urge anyone thinking they might be having a heart attack to call 911.

The doctors said the rest of his stay before being discharged Friday was "uneventful with good expected progress."

The campaign also released a statement from Sanders where he thanked the doctors, nurses and hospital staff.

"After two and a half days in the hospital, I feel great, and after taking a short time off, I look forward to getting back to work," he said.

He was expected to return to Vermont.

This marks the second time in two months that health problems forced Sanders to cancel campaign events. In September, he backed out of some appearances in South Carolina because he lost his voice. His campaign said at the time that Sanders felt fine.

As the oldest candidate in the Democratic 2020 field, Sanders has sometimes jokingly referenced his age on the campaign trail. He is one of three septuagenarians who are leading the crowded race and have sparked questions within the party about whether Democrats need to coalesce around a younger leader.