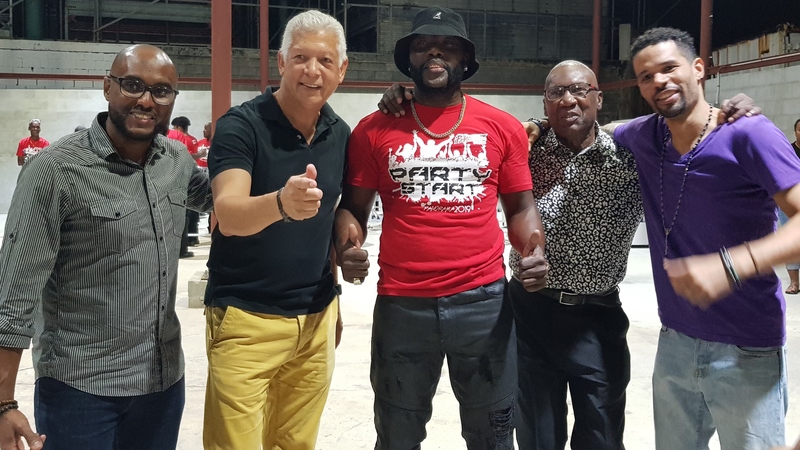 The country's top steelbands are getting ready for Panorama 2019 with many looking to wrest the title from reigning champs BP Renegades.

While some are still holding their song selection close to their chest, a few have already revealed what they will be playing as practice begins in panyards across the country.

On Friday, some of the big bands revealed the songs they will be competing with for the annual competition.

In a video presentation, Renegades revealed that it will be going with Farmer Nappy's popular release 'Hooking Meh', the same selection as Supernovas.

Exodus arranger Pelham Goddard announced to his players on Friday night that they will be playing Superblue's 'Rag Storm'.

Also on Friday night, Hadco Phase II Pan Groove held a launch at is panyard to reveal that the band has chosen Swappi and Ultimate Reject's 'Party Start'.

At the event, legendary arranger Len 'Boogsie' Sharpe thanked their sponsors Hadco for assisting the band while Manager Michelle Huggins-Watts promised to bring the Panorama title back to the band.

"We will do our best that the platform that has been physically laid down for us does not go to waste. we will ensure that we rehearse hard and with discipline and the victory will be coming home in 2019, I am confident of that," she said, recalling the first day that Boogsie told her about the song and his excitement.

In his address, John Hadad, CEO of Hadco, said last year was a bumper one for the increase of visitors to the panyard and he appealed to Port-of-Spain Mayor Joel Martinez to address parking issues to allow visitors to come to the panyards.

Martinez told Loop he has always allowed wrecking to be relaxed when the band has corporate events.

He said a more permanent solution is the installation of parking meters which may happen in the first quarter of this year.

"In the meantime, we have to be able to make the adjustments and allow people to feel that their cars are safe," he said.