Watch: Big Foot gets a 'big up' as Americans try Trini snacks 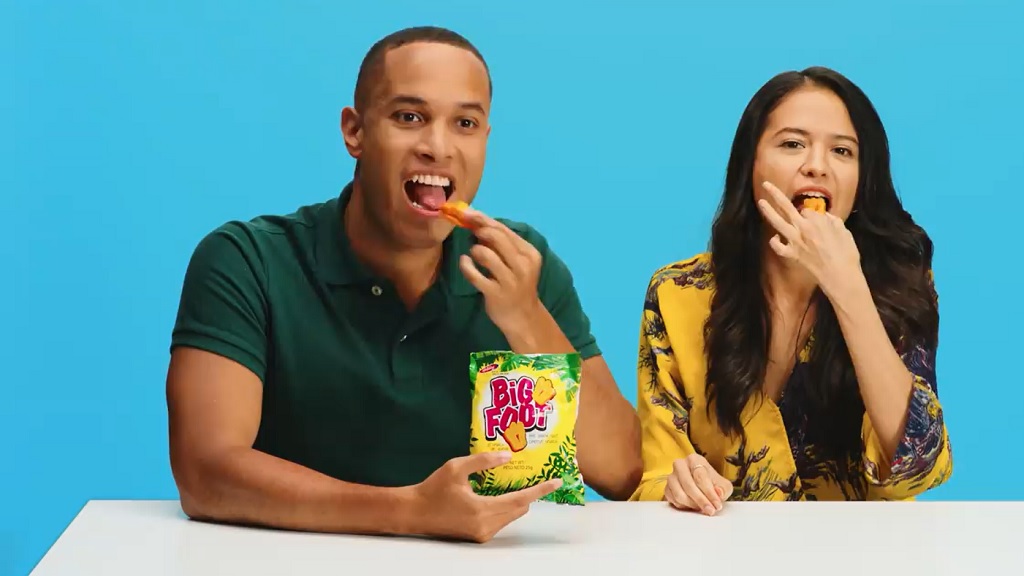 Trinidad and Tobago's own local 'Big Foot' snack was given a 'big up' by members at 'Tasty Island Crate', who raved about it along with other local snacks in a video which has since gone viral.

The video, which was shared to social media on June 22, was a hit with Trinis as Americans tried Big Foot, Rough Tops and Shirley Biscuits.

Tasters exclaimed upon trying 'Big Foot', which they said was a melange of spicy, cheesy, seasoned goodness.

View the video below:

Group members also tried Rough Tops, which they said was a new yet not unpleasant taste. Indeed, many couldn't initially place the taste of the well-known cookie.

Shirley Biscuits is produced by WIBISCO, originally a Barbadian company, which is now part of the Bermudez Group of Companies.

Trinis were well-pleased with their reactions.

Diane Williams: "They would have loved Zoomers and Cheezees!"

Marisa Harripersad: "Big Foot is my favourite cheese snack. Love it so much."

The group also said in the comments that they would have their group try Zoomers in their next video.

Which are some of your favourite local snacks?

10 Trini dishes and their calorie counts