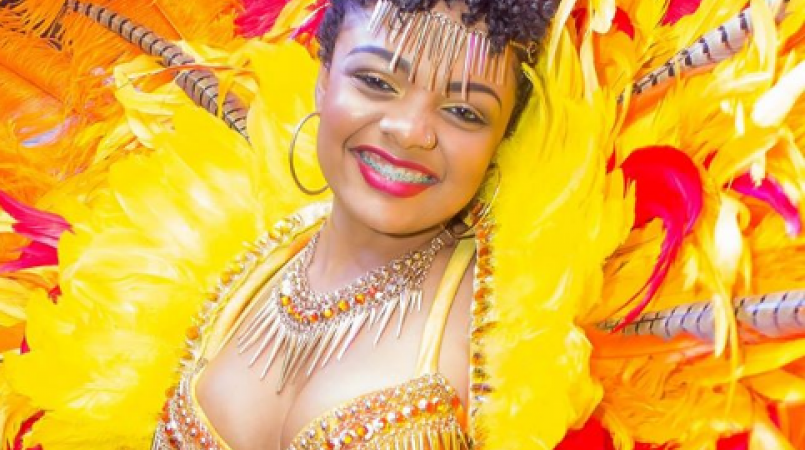 Unlike previous years when only one band, Bacchanal Jamaica, ruled the road, 2017 will see three new bands and a number of T&T party exports jumping into the fray to make this year’s event the most popular to date.

“It basically started off as an intimate Carnival. It was one band, one route to follow. You understood what you had to do and where you would have been, it was like one event per day,” said Jules Sobion, founder of Caesar’s Army, a known party brand which was the first Trinidadian outfit to export an event, AM Bush, to Jamaica.

That was four years ago and though his entry wasn’t embraced by the Jamaicans initially, it opened the doors for other party brands to follow.

“I don’t know if it will transform into numbers but the Carnival is growing in popularity there and I think that stems from who is involved. People follow the brands they know from the Carnival mecca like Candy Coated and Soca Brainwash,” he said.

This year, Caesar’s Army, in addition to throwing AM Bush and Mai Tai, will also market a section in Bacchanal Jamaica. They are one of the Carnival brands from T&T to team up with bands in Jamaica.

The new bands on the block, Xaymaca and Xodus, also have Trini collaborators. Xaymaca will team up with Tribe, arguably T&T’s largest mas band while Exodus, co-owned by the promoters of Dream weekend, one of the biggest events in Jamaica, has teamed up with mas band YUMA.  Julianne Lee, daughter of the late Byron Lee, who started Carnival in Jamaica, will also resurrect her father’s band, Jamaica Carnival.

The collaboration with Xaymaca will mark the first foray into a foreign Carnival for Tribe.

“We are excited to be a part of Xaymaca which is the newest band to join the growing Carnival in Jamaica. It is the first time that we are stepping outside of Trinidad to be part of a foreign Carnival in a real way. Jamaica is a beautiful destination and we want to be a part of the change and the movement that is taking place there,” said Dean Ackin, bandleader for Tribe.

Charmaine Franklin, a director for Bacchanal Jamaica, told Loop that in addition to two local sections and Caesar’s Army, her band will also have collaborations with Roast International from Barbados, a band from Atlanta and Trini Jungle Juice, which last year declared that the actual one day parade in Jamaica has surpassed other two-day Carnivals in the region. This year the band will have a new route.

Franklin, acknowledging the growing popularity of Jamaica’s Carnival, said there were many factors driving it.

“We measure up in terms of the vibe and party atmosphere. From that a lot of people have discovered us. We are an inexpensive Carnival, unlike Trinidad where hotels jack up prices, hotels here are a lot less; in Jamaica they even provide a Carnival special. Transportation, food, tourism, we have it,” she said.

Asked if she sees Jamaica Carnival one day rivalling Trinidad, Franklin said there is still a lot of work to do.

“We could if it was a little more indigenous to us but there is still a lot of work to do to assimilate Jamaicans. When it comes to soca, many see it as a rival to reggae,” she said, noting that Jamaican artistes are deep down afraid of the backlash if they sing soca.

Franklin said to help spread the message of soca, her band holds Friday night soca parties at its mas camp in Kingston and it appeals to a wide cross section of Jamaicans.

Trinidad Carnival Diary (TCD), who has been attending Jamaica’s Carnival since Caesar’s Army debut four years ago, said she is giving it five years to rival T&T’s product.

The Carnival, run entirely by private interest groups, is very affordable, she said, with fetes costing way less than the ones at home even though they are held in lavish residential areas and the Jamaicans go all out in terms of decor.

The Sunrise Breakfast Party, for example, she said, is a Beach House level fete that went from US$95 to US$110. High end all-inclusives in T&T could run upward of US$120.

“Cost wise it makes more sense. Our Carnival has become prohibitively expensive for many people,” she said.

She also noted that Trinidadian promoters are now taking the popular Carnival events and exporting them to Jamaica.

Trinidad Carnival Diary said there are so many new events clashing with each other particularly on the Friday night when there are seven fetes. She said some have dubbed it Foreign Fete Friday due to the predominance of non-Jamaican parties.

Here is a list of fetes for Jamaica's Carnival courtesy TCD.