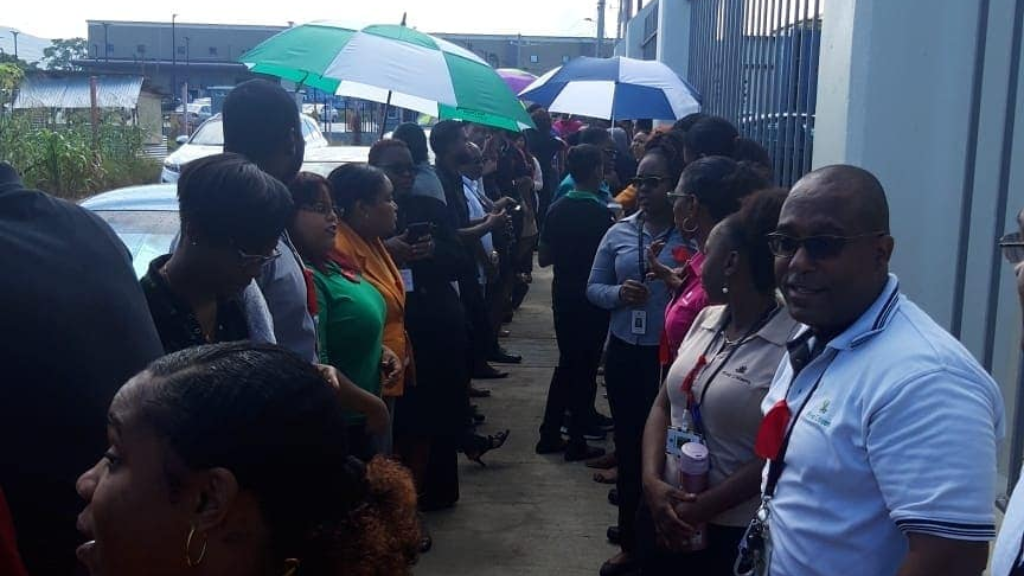 The Banking, Insurance and General Workers’ Union (BIGWU) has filed an industrial relations offence against First Citizens Bank (FCB) over workers at the Aranguez South branch being made to pay a monthly fee of $225 to use the car park.

In the interim, the employees have decided to park their cars on the roadside. Managers, however, are reportedly allowed to use the car park free of charge.

The Aranguez South branch is a new location to which 500 employees were recently moved. BIGWU representative Janelle John said it is a challenge for some to commute to the new location and the car park fee is an additional financial burden they are unable to shoulder.

The bank workers also have concerns over their safety and security as the premises is not well lit and makes them soft targets for perpetrators of crime.

BIGWU noted that there was no mention of a charge to employees to utilise the car park at a meeting with FCB in April this year. Further, the bank committed to providing secure parking at said meeting, but this has not been forthcoming.

The Union accused FCB of engaging in deception and demanded clarity on the arrangement in place at the new location.

“The Union views such an important act of omission on the part of the Bank as highly deceptive as the same legal responsibility that compelled treating with the Union, also demands full disclosure of as relevant details surrounding the terms and conditions of this new arrangement.”

Making reference to an article published in the Express newspaper on Monday, BIGWU denied that there was any arrangement with FCB for subsidisation of the cost of the use of the leased car park, or that free parking was available to employees on a first-come, first-served basis.

The Union is of the view that the leasing of the car park facility is an expense which is “fully recovered as a tax-deductible expense”. It said the act of charging the workers a monthly fee for the use of the car park is profiteering, and therefore, exploitative.

“It cannot be justifiable that an employer, using their right to relocate their business, does so by creating risk and susceptibility where none existed prior and then seeks to make monetary gain and exploit the worker's vulnerability.”

BIGWU said the employees will continue to use roadside parking until the matter is ventilated in the Industrial Court.

BIGWU: What about the dismissed CIB workers?

Top Cop: Protests permitted in T&T once within the law