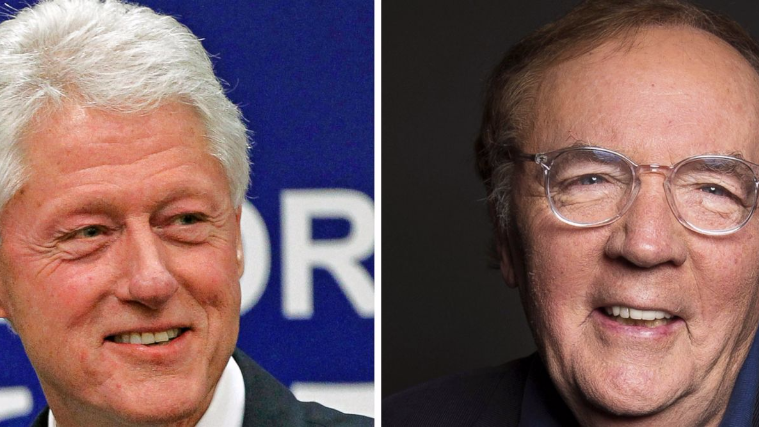 Neither Bill Clinton nor James Patterson has ever tried something like this before.

The former president and the best-selling novelist are collaborating on a thriller, "The President is Missing," to come out June 2018 as an unusual joint release from rival publishers — Alfred A. Knopf and Little, Brown and Co.

In a statement Monday provided to The Associated Press, the publishers called the book "a unique amalgam of intrigue, suspense and behind-the-scenes global drama from the highest corridors of power. It will be informed by details that only a president can know."

Knopf has long been Clinton's publisher, and Patterson has been with Little, Brown for decades. "The President is Missing" is the first work of fiction by Clinton, whose best-known book is the million-selling "My Life." For Patterson, it's the chance to team up with a friend who knows as well as anyone about life in the White House.

"Working with President Clinton has been the highlight of my career, and having access to his firsthand experience has uniquely informed the writing of this novel," Patterson said in a statement. "I'm a storyteller, and President Clinton's insight has allowed us to tell a really interesting one. It's a rare combination — readers will be drawn to the suspense, of course, but they'll also be given an inside look into what it's like to be president."

"Working on a book about a sitting president  — drawing on what I know about the job, life in the White House and the way Washington works — has been a lot of fun," Clinton said in a statement. "And working with Jim has been terrific. I've been a fan of his for a very long time."

A political release from the 1990s had a similar arrangement: Random House and Simon & Schuster jointly published the nonfiction "All's Fair" by husband-and-wife campaign consultants James Carville and Mary Matalin.

Knopf and Little, Brown declined to offer any more details about the book, including whether it refers to President Donald Trump, who last fall defeated Clinton's wife, Hillary Clinton. Financial terms for the novel, which the authors began working on late in 2016, were not disclosed. Clinton and Patterson share the same literary representative, Washington attorney Robert Barnett, who negotiated the deal.

"The President is Missing" will be co-written, co-published and co-edited — Knopf Doubleday Publishing Group chairman Sonny Mehta is working on the manuscript with CEO Michael Pietsch of Hachette Book Group, the parent company of Little, Brown.

"This is a blockbuster collaboration between two best-selling authors," Mehta and Pietsch said in a joint statement, "and the pages we've read to date are riveting, full of intricate plotting and detail. This is a book that promises to entertain and delight millions of readers around the world, and we are thrilled to be working on it together and with our esteemed houses supporting us."

Presidents and ex-presidents have been turning out books for a long time, but novels are rare. Jimmy Carter, a prolific and wide-ranging author since leaving the White House in 1981, released the historical novel "The Hornet's Nest" in 2003. A presidential daughter, Margaret Truman, had a successful career with her "Capital Crime" mystery series.

Clinton's other books include "Giving" and "Back to Work." Patterson and various co-authors complete several works a year, ranging from young adult novels to the Alex Cross crime series.

Penguin Random House — which has published both Clinton and Patterson — has U.K., Commonwealth and European rights to the collaboration.

"This unprecedented collaboration with its compelling mix of insider knowledge and edge-of-the-seat suspense is utterly irresistible," said Susan Sandon, divisional managing director at Penguin Random House in a statement.