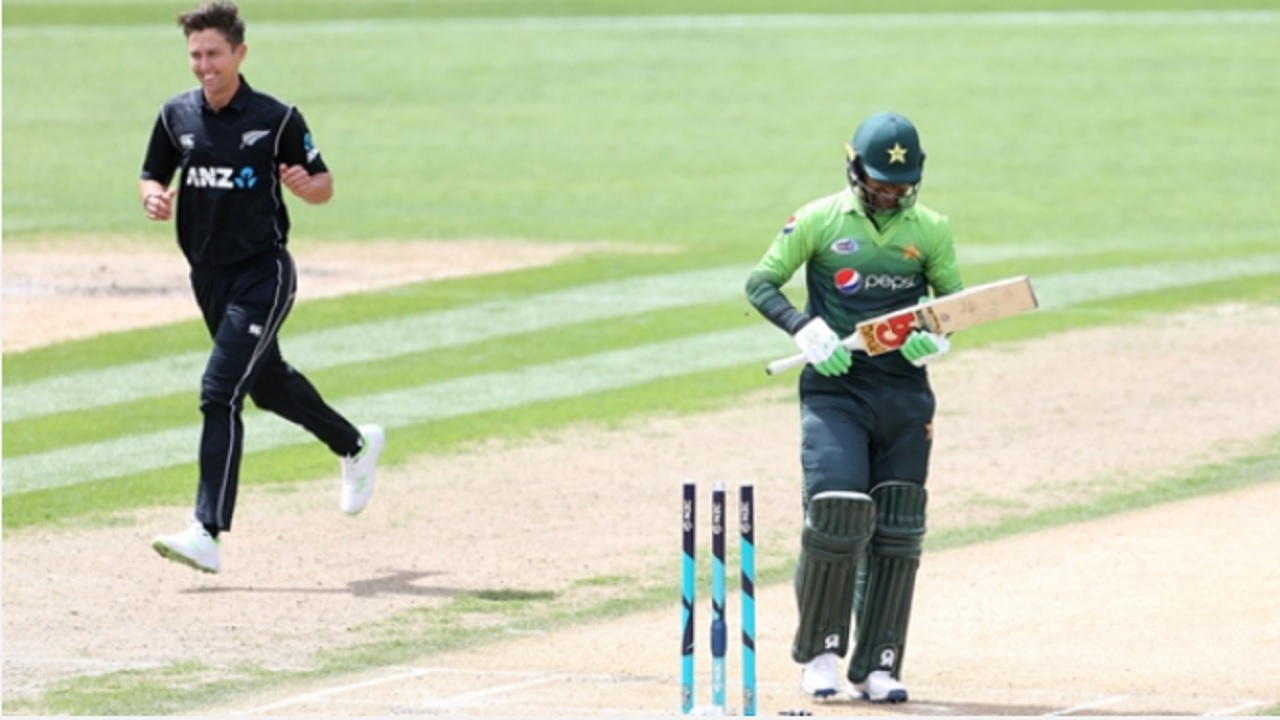 Set 258 for victory at University Oval in the third ODI, Pakistan were in danger of making the lowest score in history before being bowled out for a dismal 74.

Trent Boult (5-17) ripped through the tourists, who were 32-8 at one stage and in danger of breaking the mark of 35 for the lowest ODI score, set by Zimbabwe against Sri Lanka in 2004.

However, their number 11 Rumman Raees made a team-high 16 as Pakistan avoided that, but not a 3-0 deficit in the five-match series.

It was a dreadful showing by Pakistan after giving themselves hope of victory, only for yet another top-order collapse to take away their chances.

They had been reduced to 54-5 and 39-3 in the first two games of the series, but it got worse as Boult produced a scintillating opening spell.

Azhar Ali (0) edged the left-armer to Ross Taylor at first slip before Fakhar Zaman (2) played on.

Incredibly, Pakistan were 2-3 when Boult got another delivery to move away, drawing an edge from Mohammad Hafeez (0).

Colin Munro (2-10) and Lockie Ferguson (2-28) also did some damage for the Black Caps before Boult bowled Mohammad Amir (14) and Raees (16) to grab his fourth ODI five-for.

Earlier, Kane Williamson had elected to bat and New Zealand struggled to 257 all out.

The captain made 73 and combined with Taylor (52) for an important 74-run partnership for the third wicket.

The hosts were unable to build on a promising position as their search for quick runs failed, the Black Caps losing 48-7 to finish their innings.

Raees (3-51) and Hasan Ali (3-59) did most of the damage for Pakistan, but their good work was quickly undone by awful batting and Boult's fine spell.