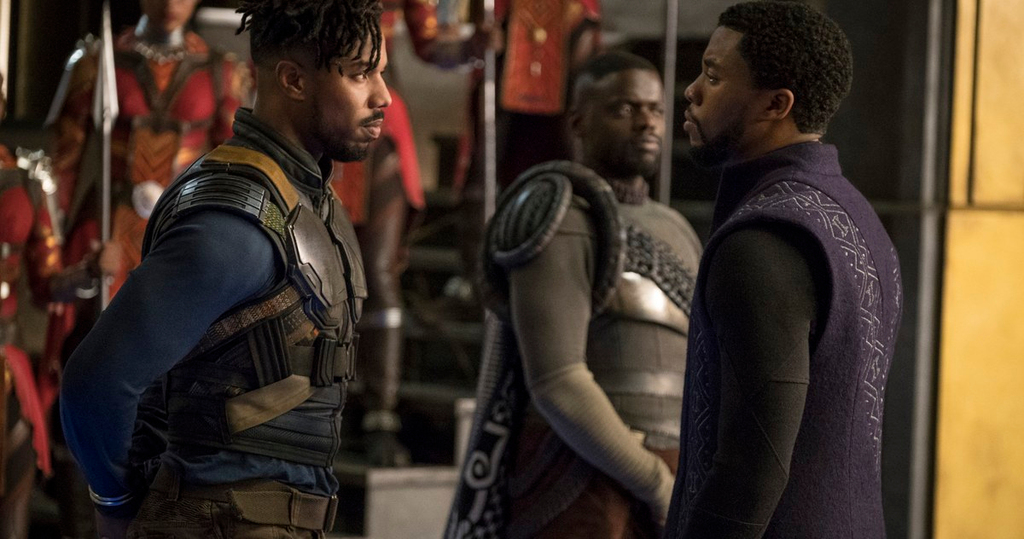 Since its premiere in January 2018, Marvel Studios' Black Panther has been making history, whether at the box office or its socio-cultural impact.

One year later, the film has made history again as the first superhero movie to earn a best picture nomination for the 2019 Oscar Awards.

Director Ryan Coogler did not make the nominee list for Best Director.

As the first superhero film to feature a predominantly black cast, Black Panther was universally praised for its exploration of African identity.

"The only way we ever wanted to do this project was the right way and that meant finding a filmmaker who had something personal to say, who had a vision and could take this character into another arena and showcase the power of representation on a canvas of this size," said Marvel President Kevin Feige.

"We're very, very proud of what this film has done. The movie has made a cultural impact that is just humbling and gratifying to see. And we're very grateful to the Academy for this recognition."

The film also went on to earn the best-aggregated score on Rotten Tomatoes of any live-action superhero film, racing past The Dark Knight and Iron Man, scoring at 97 per cent.

Actor Winston Duke took to Instagram where he shared his exhilaration over the nominations. In his post, he expressed gratitude for all of the support he has received, including his hometown of Argyle Falls in Tobago. 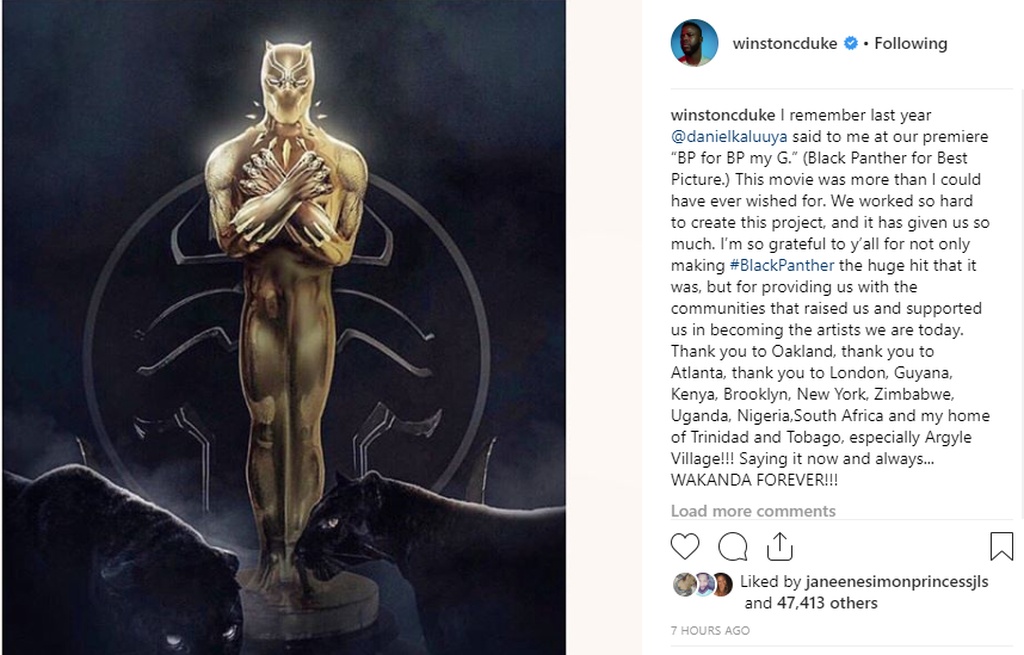