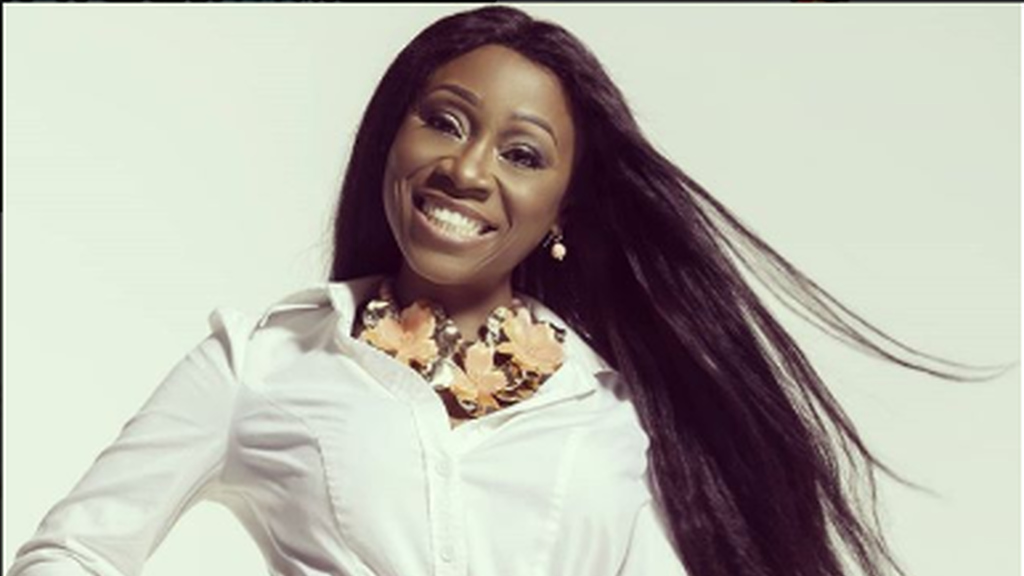 Growing up with her father, the late calypsonian Lord Blakie, Stacey Weekes Benjamin couldn’t help but be entertained, mesmerised and ultimately influenced by his sense of style.

When it came to fashion Blakie stood out. Like many entertainers of his era, he was fearless in his fashion,  favouring high necks, jumpsuits, unconventional fabrics and bold colours. 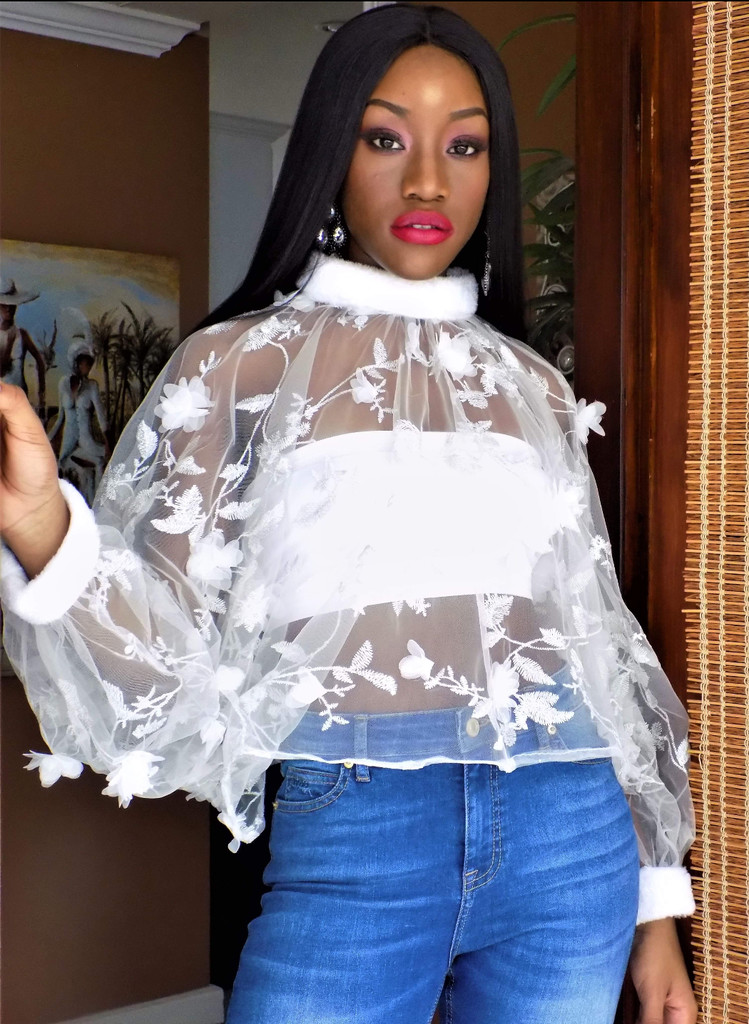 The line is named after her two main influences, her father, whose real name was Carlton Joseph, and her aunt Diane Stevenson who modelled in New York with Trini-born designer Francis Hendy.

“The first time I saw her I was ten and she was rocking a headband and drop waist dress to go to the market. When I think about fashion, she is the one I think about,” said Weekes Benjamin with a laugh.

Reminiscing about her dad’s influence, she recalled accompanying him to buy fabric when she was small. 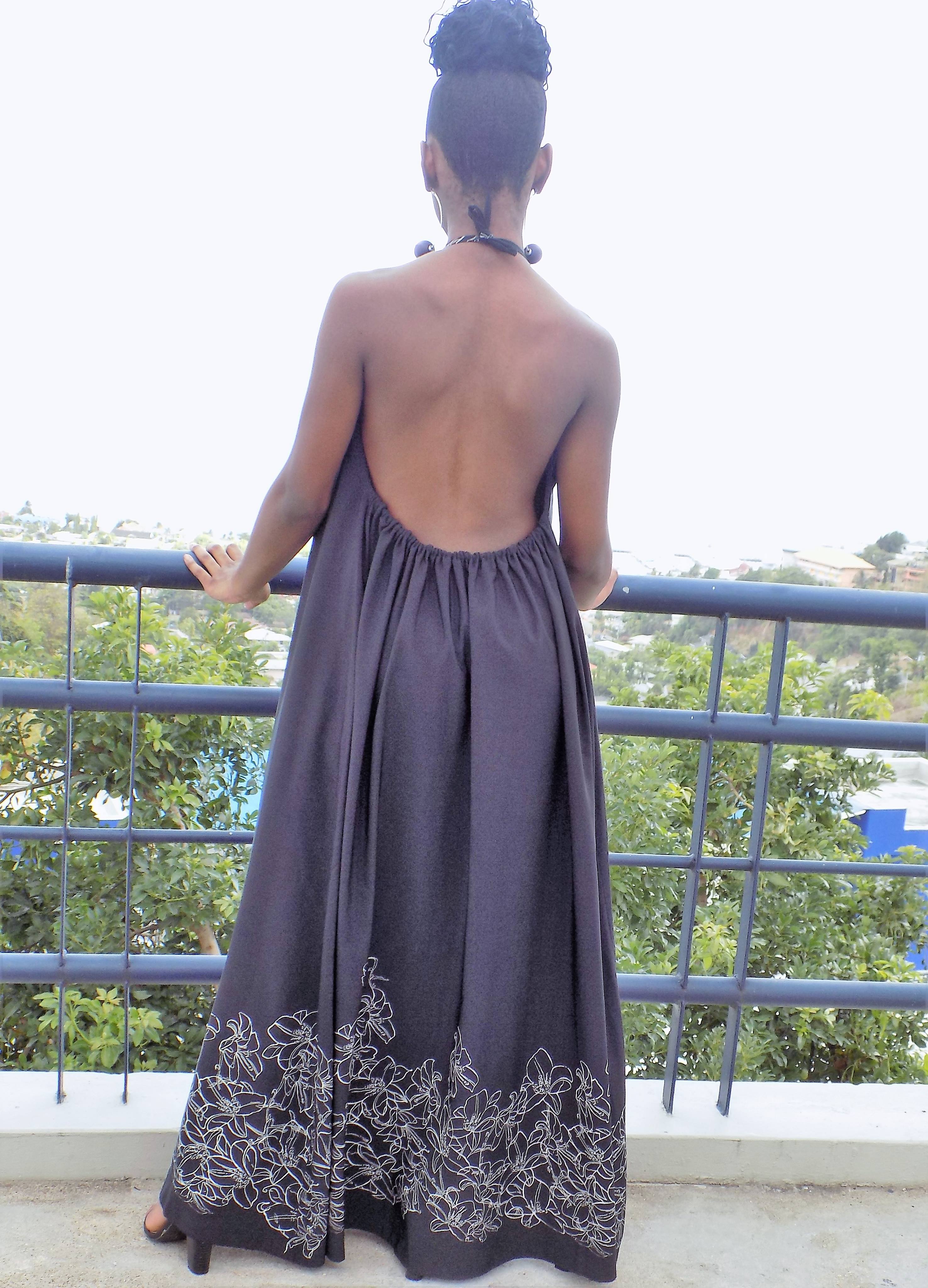 “He used to go Aboutique and Samaroos, he had accounts there. Scipio was his tailor, he was a clothing and textile teacher in Malick. My mother also had a deaf seamstress called Miss Scoon and when she visited her I would sit there and look for cloth for the buttons,” she said.

Benjamin said from young she has been making her own clothes, choosing the fabric for first communion dress.

“As a teen, I always picked my own fabric, buttons, edging, that has been my normal which is what hindered me in producing my own line because I thought not because I did it for myself people would care,” she said. 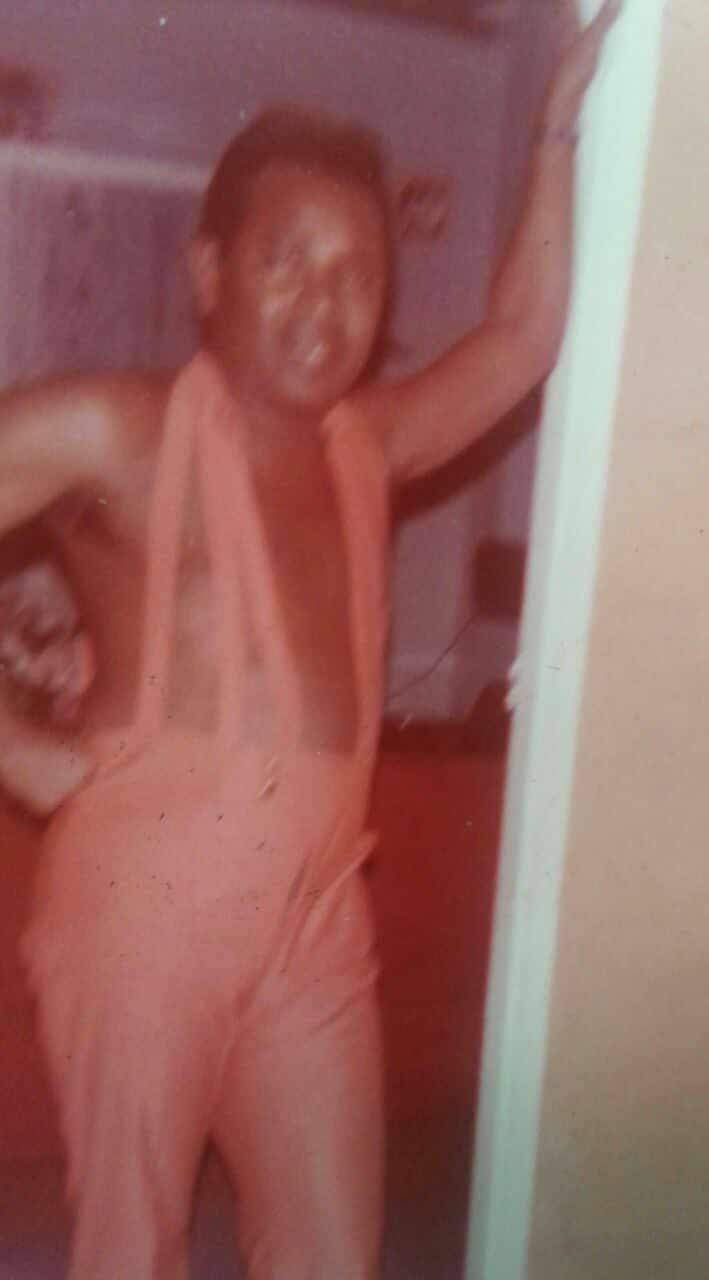 But people did care, in fact, they were so impressed by her clothes that Weekes Benjamin realised she was onto something.

“What made me change my mind was when I travelled. People would ask where I bought my clothes and they would always compliment me. I even make my own winter coats. I remember standing in front of Buckingham Palace in a satin coat and a woman running behind me to say my coat is fabulous,” said Weekes Benjamin, whose children call her ‘semi-demi’ because she is always fiddling with clothes and customising them.

“I doubted my potential because it is what I do. In Trinidad, I do things on a group level as a consultant. I give tips on how to dress for government agencies and the like. At Central Bank I taught men how to dress, what to wash their clothes in so it was the natural next step to start a line, I have been doing this for years.” 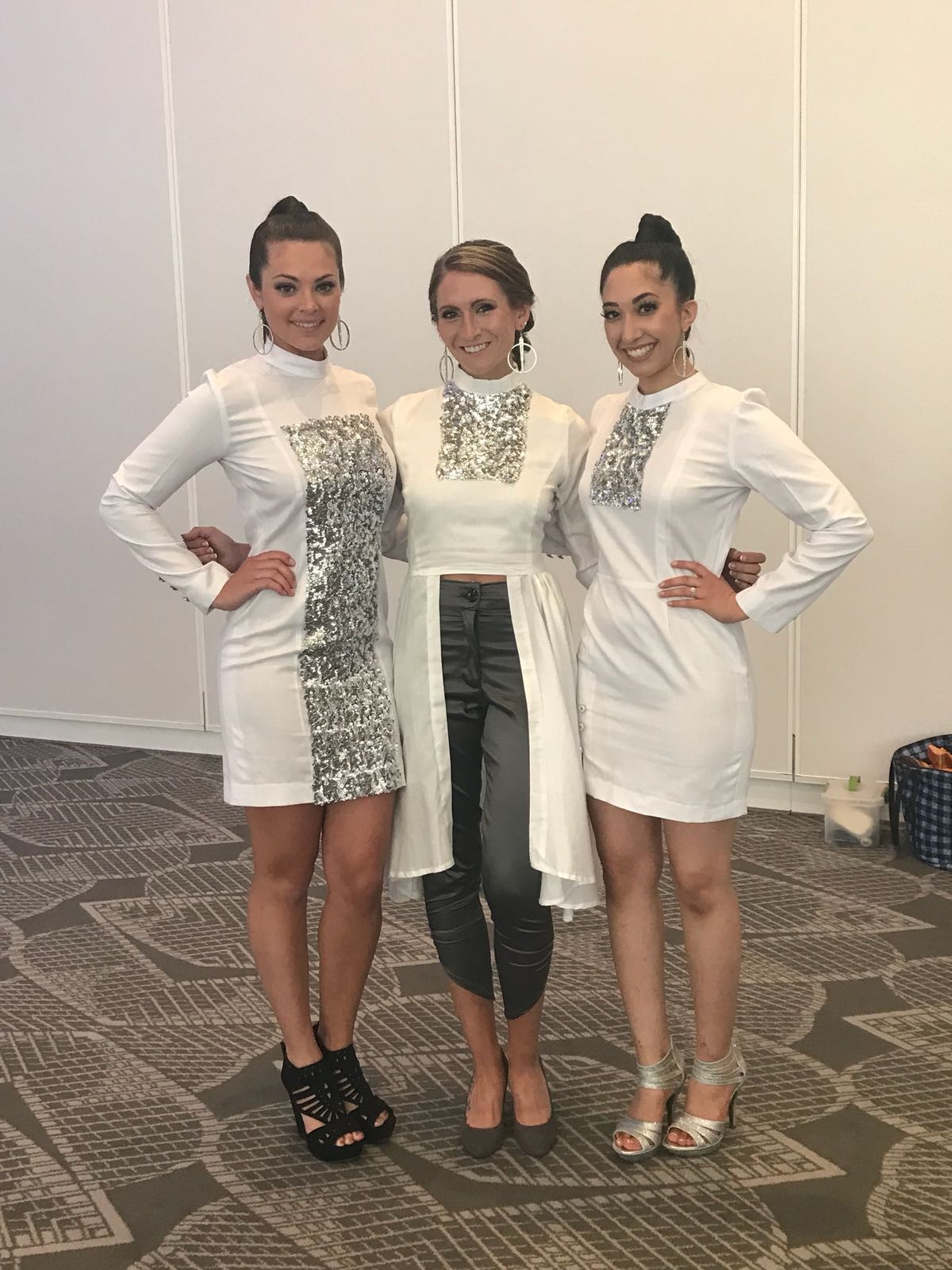 Benjamin received impetus to launch the line from her childhood friend Ryan Daniel, who owns a production company Zandolee Media with his wife Sarah in Minnesota.

Ryan’s company does video production services for brides and he told Weekes Benjamin about an initiative he was launching called Waking Up Married, a resource for brides during their first year of marriage.

“I said I was thinking about a fashion line and he said, right, you will present your line at the launch,” said Weekes Benjamin.

Diane Carlton made its debut in Minnesota in early June and was an instant hit especially with the models who wanted to buy all the pieces they wore. 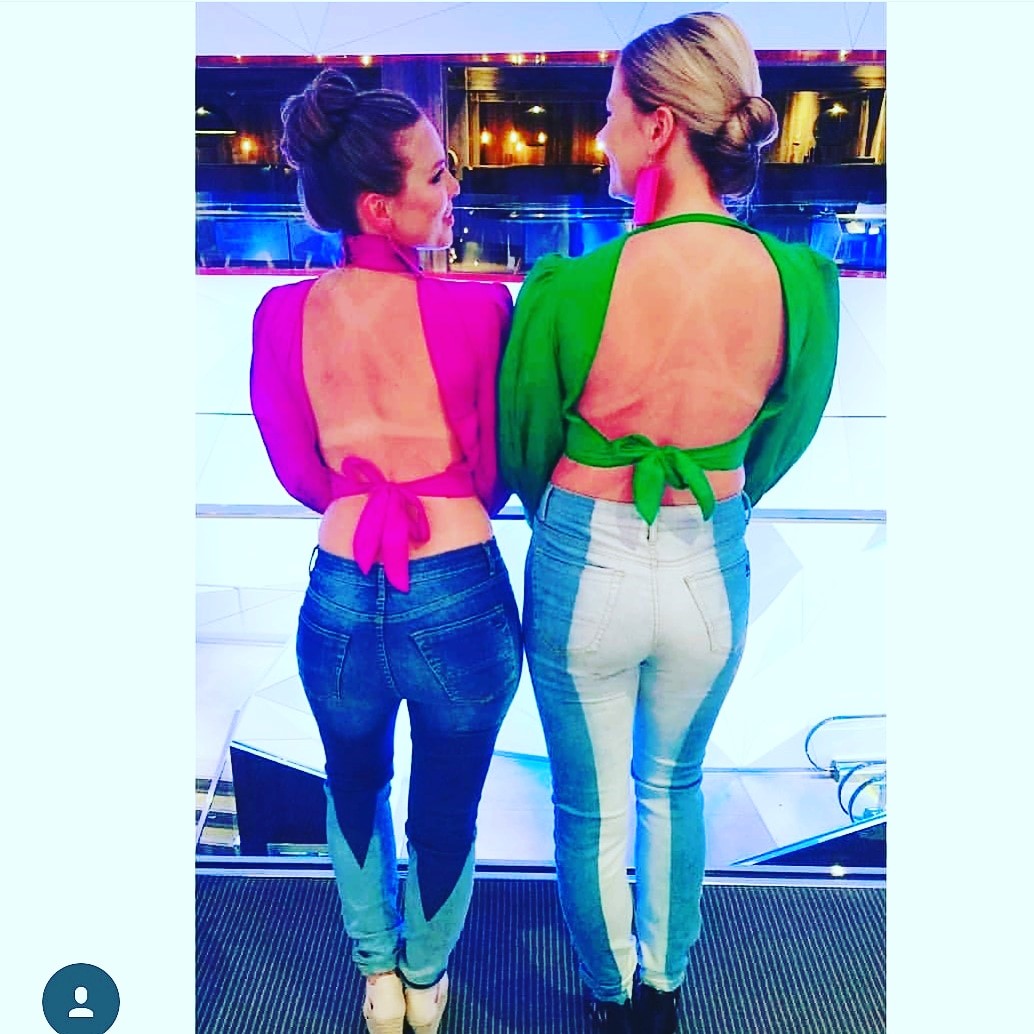 Diane Carlton will launch in T&T by the end of July and will be available on the Waking Up Married website.

Weekes Benjamin said eventually she wants to open a store but for now, she is busy planning another showing in South Carolina and keeping up with orders that have been pouring in from her debut.

She is also planning a line dedicated to her dad.

New menswear store aims to teach men how to dress