BMW driver killed, vehicle 'almost split in half' in accident 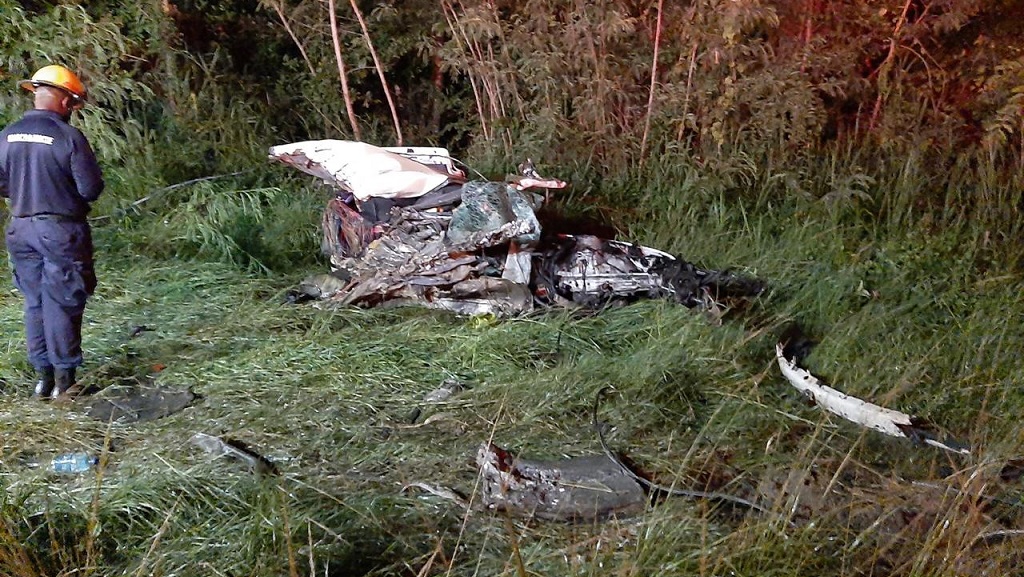 Two road fatalities over the weekend have pushed the road death toll up to 94.

One of the victims has been identified as Radrindranath Soogrim, of Chase Village.

He was killed in a road traffic accident along the southbound lane of the Uriah Butler Highway around 11.15 pm on Friday.

Police said Soogrim, of Lime Head Road, was driving his white BMW sedan along the southbound lane when upon reaching the vicinity of the Guaya­mare Bridge, he lost control of his car and crashed into a T&TEC pole.

Initial reports indicate the vehicle impacted at a speed over 140kph resulting in the vehicle almost being split in half and causing the driver to suffer fatal injuries.

Inquiries into this incident are ongoing.

'Bystanders' make off with car after Morvant accident