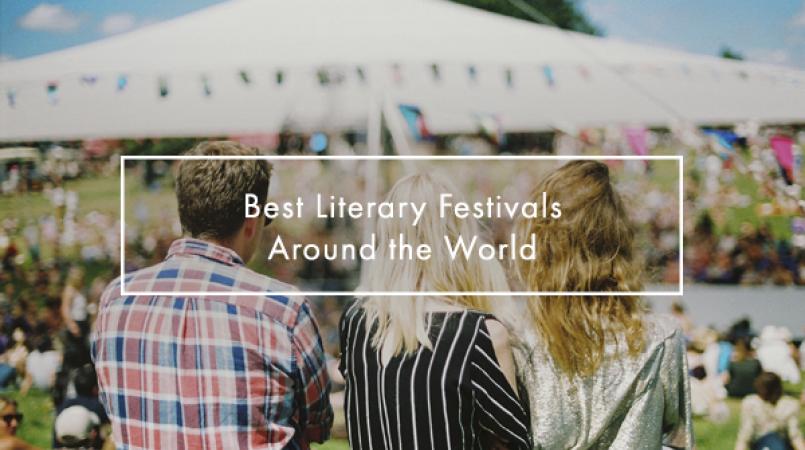 Penguin Random House The Writers’ Academy has just published its choice of the best literary festivals around the world and included the NGC Bocas Lit Fest, the most dynamic and prestigious annual literary festival in the region.

According to Penguin Random House, the world’s largest seller of non-educational books with revenue of more than $4 billion per annum, “There are so many literary festivals taking place around the globe that finding the best ones might seem like an impossible task... we’ve taken that challenge on: We searched high and low through endless lists of events to narrow down the top 20 worldwide book festivals and fairs that you need to know about.”

Marina Salandy-Brown, founder and director of the festival remarks, “We know we have a gem on our hands and people here and abroad who have been to Bocas love it and keep coming back, but to be counted alongside touchstone festivals such as Hay, Edinburgh, Berlin, FLIP and Jaipur, makes me proud of what we have achieved.  I want to thank my excellent team who pull rabbits out of hats every year, and to thank our sponsors who make it possible. I hope still more Trinis will come to our 7th festival, 26-30 April in Port of Spain.”

The National Gas Company of Trinidad and Tobago, title sponsor of the festival, was quick to applaud the Bocas team.

“NGC is proud and honoured to be associated with the Bocas Lit Fest crew and programmes. International recognition of our signature NGC Bocas Lit Fest honours the many Trinidad and Tobago and regional writers who are impacting the international literacy scene. This Festival showcases our Caribbean-ness to the rest of the world. Our heartfelt congratulations to the Bocas Lit Fest team!”

Congratulations have been quick to come in for the NGC Bocas Lit Fest, among them from the British Council, a longtime partner, which recognises that being cited by Penguin Random House as among the best literature festivals in the world is a significant accolade.

David Codling, the British Council Head of Arts Americas, writes, “It is a splendid and richly deserved acknowledgement of what Bocas has achieved in a remarkably short time. We are proud of the British Council’s partnership with Bocas and what we have done alongside Bocas to promote the Caribbean on the world stage, to strengthen the literary and publishing ecosystem (and the wider creative economy) in the Caribbean, and boldly and confidently to bring culture to the political debate about development.”

The “best literary festival” is one in a series of Penguin Random House “Best of” lists of 2017. Their “Best Creative Writing Blogs” and “Best Writing Competitions” have driven thousands of people to take part, and so the people of Trinidad and Tobago can look forward to even greater interest in this country’s first-class international festival.

See: best literary festivals around the world and www.bocaslitfest.com.