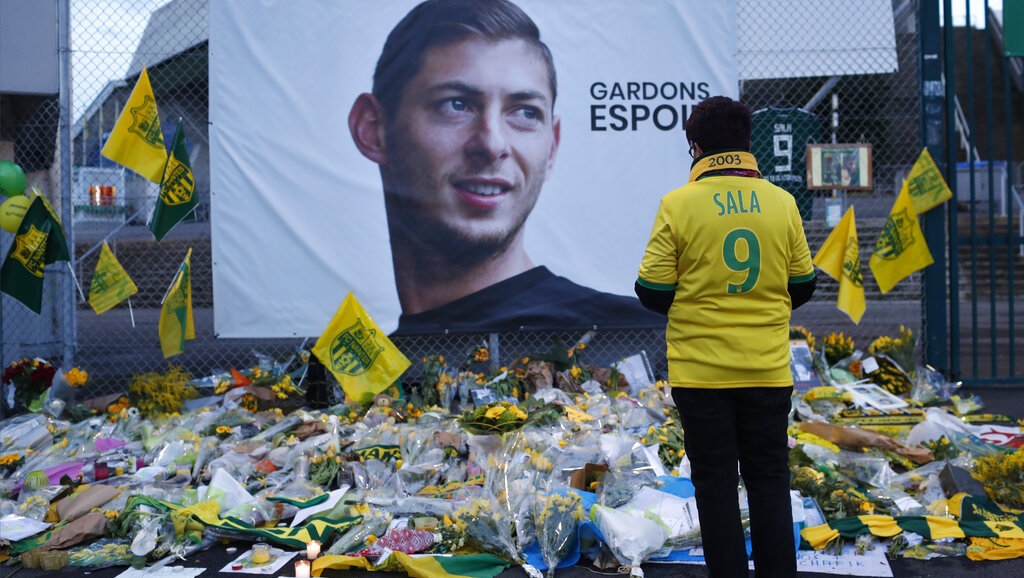 One body is visible in the seabed wreckage of a plane that went missing carrying Argentine soccer player Emiliano Sala and his pilot two weeks ago, air accident investigators said Monday.

Sala and pilot David Ibbotson were on board the small aircraft that disappeared from radar over the English Channel on January 21 as it flew from the French city of Nantes to Cardiff, Wales.

Sala, a striker who played for Nantes in the French top flight, was preparing to start a new career in the Premier League at Cardiff.

Wreckage from the plane was located on Sunday after Sala's family raised funds for a private search by American-born shipwreck-hunting specialist David Mearns that was conducted in conjunction with British air accident investigators.

An underwater remotely operated vehicle surveyed the seabed and confirmed an object was the missing Piper Malibu aircraft, with the registration N264DB visible in a picture of the fuselage released Monday.

"One occupant is visible amidst the wreckage," the Air Accident Investigation Branch said in a statement. "The AAIB is now considering the next steps, in consultation with the families of the pilot and passenger, and the police."

Investigators say they plan to release an interim report into the accident this month.