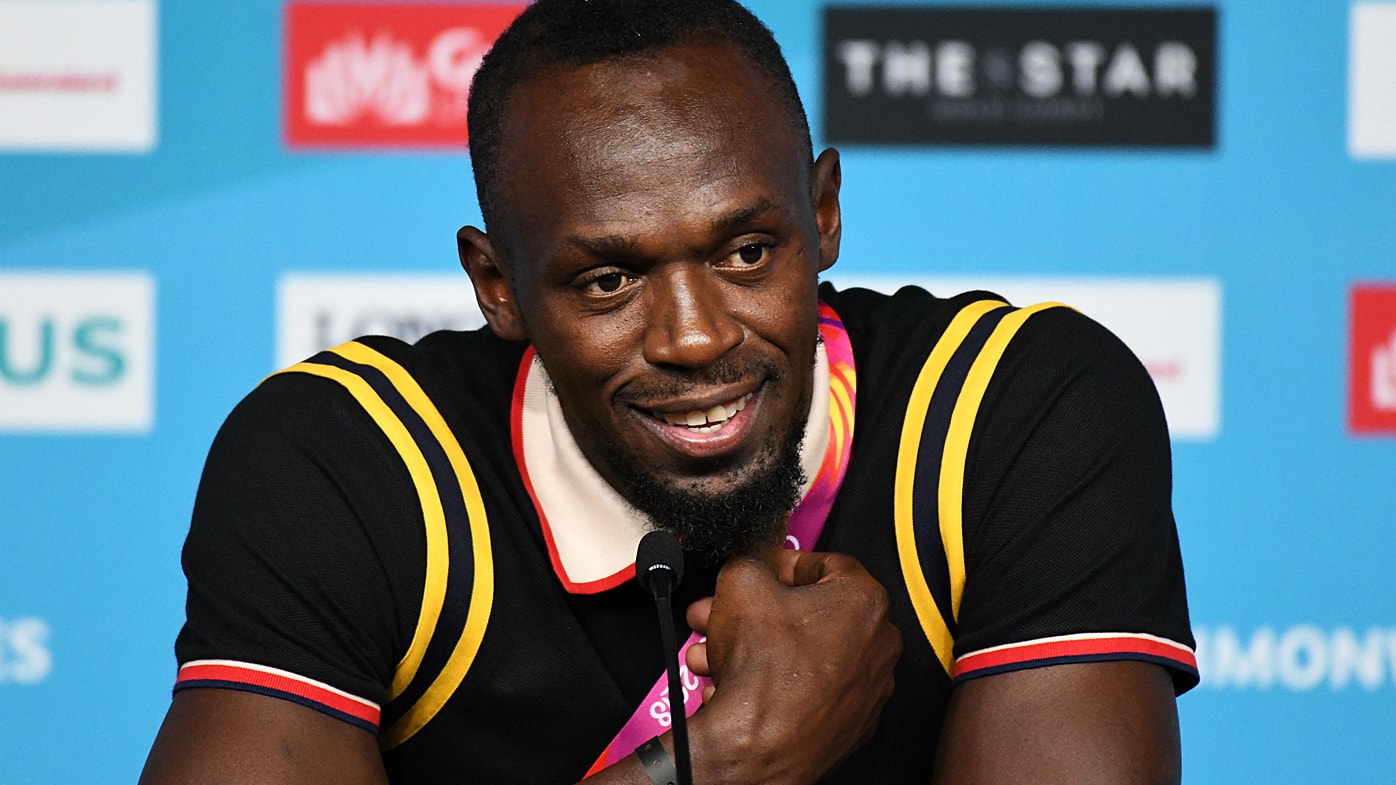 After arriving on the Gold Coast for the 2018 Commonwealth Games, Usain Bolt on Thursday reasserted he won't be coming out of retirement for the 2020 Olympics as he focuses on trying to play football.

The newly-retired Usain Bolt held a packed news conference at the 2018 Commonwealth Games and left no doubt he won't be returning to sprinting.

Asked by a reporter if it's possible the world might see him at the Tokyo Olympics in 2020, "am I right or am I wrong?" Bolt replied: "Very wrong."

Also asked if he felt that his 100-metre world record of 9.58 seconds would be broken, he said, "I just hope it doesn't happen anytime soon."

Bolt, on a promotional visit to the Gold Coast, also said he was serious about playing professional football. In March, Bolt worked out with German club Borussia Dortmund as part of his training regimen for a charity match at Old Trafford in Manchester on June 10.

"I'm still in the early stage, still doing trials, still trying to get fit, still working on a few things," Bolt said of his football aspirations.