Boris Johnson to take office, aiming to win over doubters 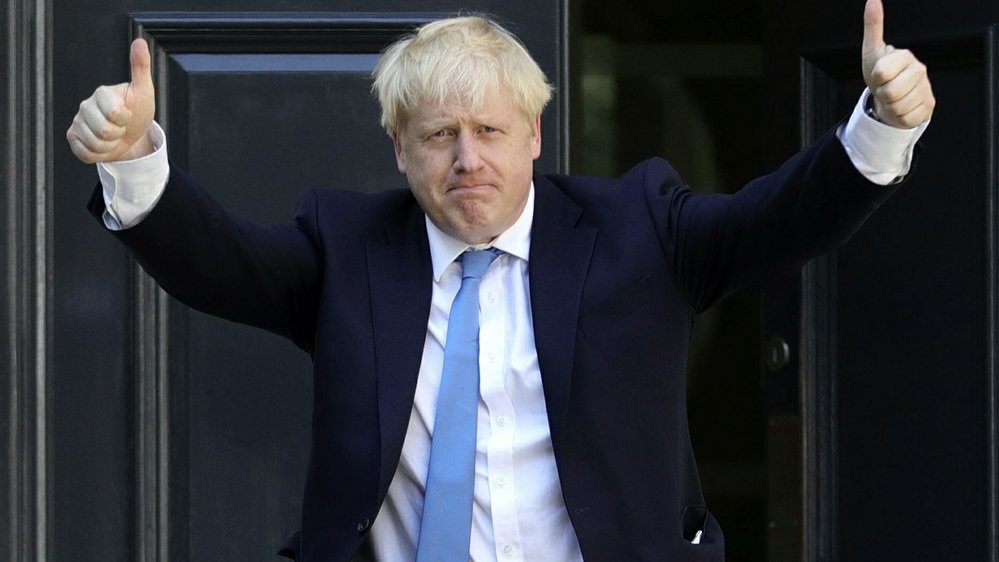 Boris Johnson was due to enter 10 Downing St. as Britain’s new prime minister on Wednesday, vowing to lead the U.K. out of the European Union and unite a country deeply divided over Brexit.

It’s a tall order. Johnson has just over three months to make good on his promise to deliver Brexit by Oct. 31.

He also must win over the many Britons opposed to Brexit and resistant to his blustering charms.

In a sign he hopes to move beyond the largely white, male and affluent Conservative members who chose him as their leader, Johnson’s office said his government would be a “Cabinet for modern Britain” with more women and a record number of ministers from ethnic minorities.

Many members of his administration will be strong Brexit supporters like Johnson, but he is also set to include some pro-EU politicians.

Johnson, a former mayor of London and foreign secretary, is getting Britain’s top job in politics after winning a contest to lead the governing Conservative Party.

Famed for his bravado, quips in Latin and blond mop of hair, Johnson easily defeated Conservative rival, Jeremy Hunt, winning two-thirds of the votes of about 160,000 party members across the U.K.

He will replace Theresa May, who announced her resignation last month after Parliament repeatedly rejected the withdrawal agreement she struck with the 28-nation bloc.

Johnson will take office in a day of carefully choreographed political drama. Departing leader May will attend the weekly prime minister’s questions period in the House of Commons for the last time — a usually boisterous session that is likely to have a valedictory air.

After saying goodbye to Downing St. staff, May will travel the mile (1.6 km) to Buckingham Palace to resign and ask Queen Elizabeth II to invite Johnson to form a new government.

The 93-year-old monarch will then meet Johnson — the 14th prime minister of her 67-year reign — before the new leader stands outside 10 Downing St. to address the nation.

Then the real battle starts.

Johnson has vowed that Britain will leave the EU on the currently scheduled date of Oct. 31, with or without a deal on departure terms. The EU is adamant that the deal it made with May will not be renegotiated, and economists warn that a no-deal Brexit would disrupt trade and plunge the U.K. into recession.

Johnson, whose personal brand is built on optimism — and, critics say, an ambiguous relationship with facts — promised in a victory speech Tuesday to deliver Brexit “in a new spirit of can do.”

Watch: EU on impact of May departure on Brexit talks