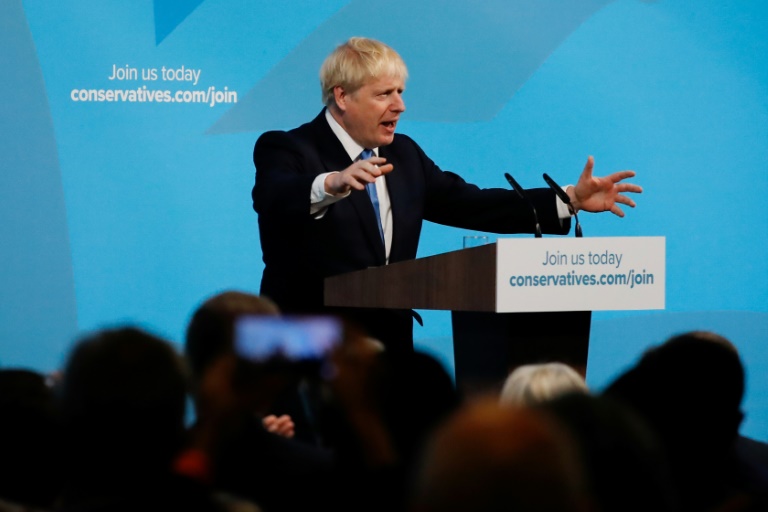 British Prime Minister Boris Johnson sought Thursday to build a coalition in the House of Commons to support his fresh Brexit approach as the exit deadline looms _ even as European leaders offered a guarded welcome to the measure.

Johnson pitched his message to lawmakers whose constituencies voted to leave the European Union in the 2016 referendum, offering a more conciliatory tone than his previous appearances. The prime minister argued that changes to proposed arrangements to regulate trade between Ireland and Northern Ireland after Brexit should address the concerns that prompted lawmakers to reject the agreement negotiated by his predecessor, Theresa May, three times.

“We have made genuine effort to bridge the chasm, to reconcile the apparently irreconcilable and to go the extra mile as time runs short,’’ he said.

The new proposals focus on maintaining an open border between the U.K.’s Northern Ireland and EU member Ireland _ the key sticking point to a Brexit deal. The U.K. proposes to do that by keeping Northern Ireland closely aligned to EU rules for trade in goods, possibly for an extended period.

British voters narrowly chose to leave the EU, but the country remains deeply divided over how to do it. Johnson has warned of “grave consequences for trust in our democracy” if Britain didn’t leave the EU on the scheduled date of Oct. 31.

He reached out to the EU with a softer tone, despite the fact the proposals were once been billed by Johnson’s office as a take-it-or-leave it “final offer.” The new mood carried over into his House of Commons appearance. Johnson sought mightily to lower the temperature of the heated debates and tense language that have characterized Parliament’s exchanges in recent weeks _ commenting that he was “disappointed’’ by the tone used by other lawmakers questioning his proposals.

Unrepentant opposition lawmakers attacked the plan and Johnson, accusing him of proposing a deal he knows won’t work. The Scottish National Party’s parliamentary leader, Ian Blackford, said Johnson's proposals simply push the country closer to a no-deal Brexit by offering a plan the EU is likely to reject.

“These proposals are unacceptable, they are unworkable, they are undeliverable, and it's all about blaming someone else _ in this case the European Union when the plan was rejected,’’ he said. “Mr. Speaker, it is a plan designed to fail, but of course, the prime minister knows that. By his own desire this take-it-or-leave-it threat is yet another push towards a catastrophic no-deal Brexit."

The plan has received a mixed response from European leaders. European Commission spokeswoman Natasha Bertaud told reporters in Brussels that in a phone call with Johnson, European Commission President Jean-Claude Juncker “welcomed positive advances,” but said any deal must have “a legally operational solution, not arrangements that are to be developed and agreed in the transition period afterwards.”

The proposal would create “an all-island regulatory zone on the island of Ireland, covering all goods including agrifood.” That would keep Northern Ireland in a regulatory zone with the EU for food, agricultural and industrial products, removing the need for checks.

The U.K. proposal doesn’t put a time limit on that status, though it would have to be renewed every four years by the Northern Ireland Assembly. However, that assembly has been suspended for more than two years by a dispute between the main Unionist and Nationalist power-sharing parties.

Under the plan, there would still need to be customs checks, but Johnson suggested they could be carried out away from the border at “other points on the supply chain.”

Johnson insists Britain will leave the EU on Halloween with or without a deal, but Parliament has passed a law requiring him to seek an extension if no deal is reached. Johnson’s position is tenuous because he doesn’t have a working majority in Parliament.