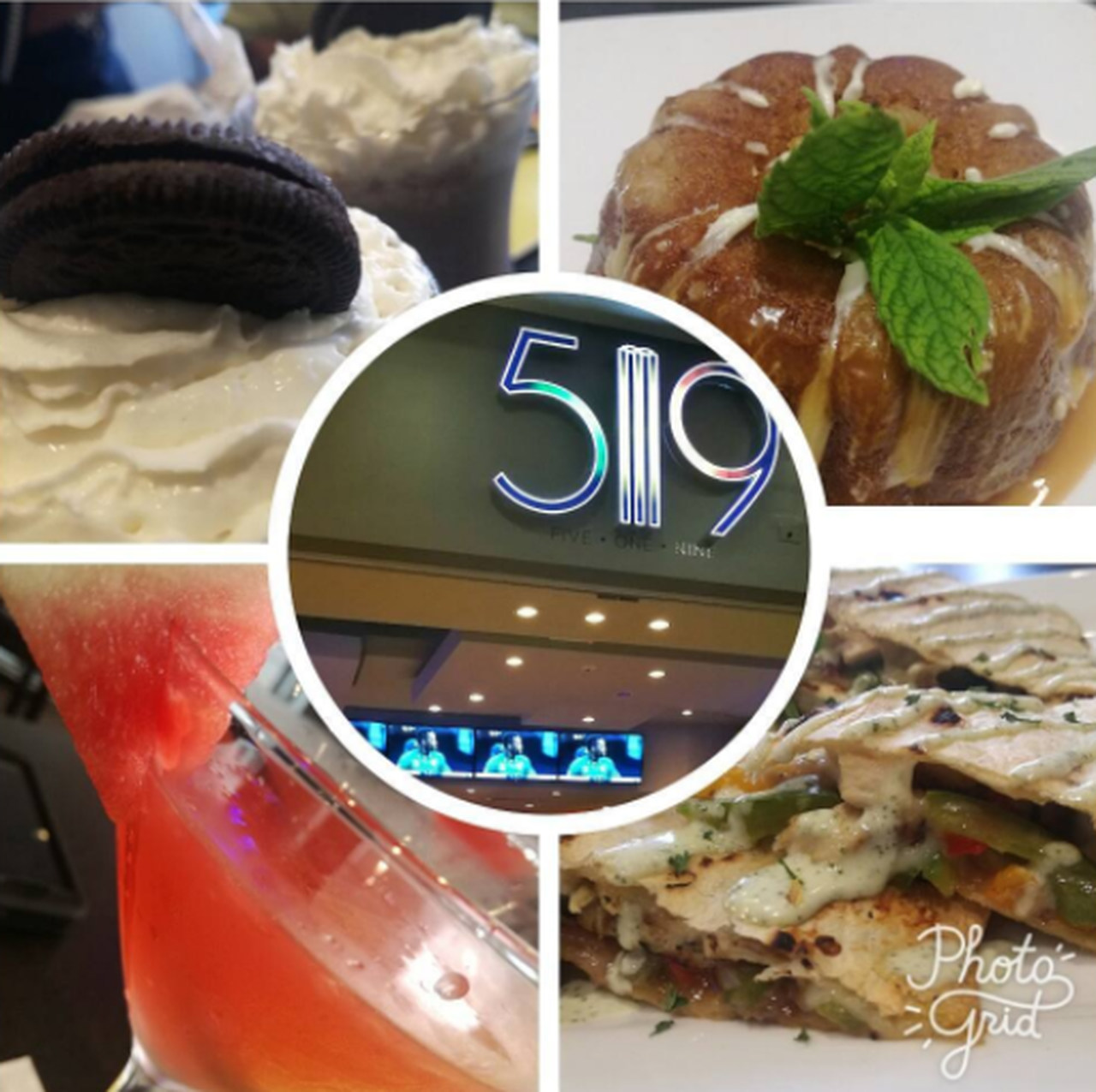 Don’t let the giant screens at 519 fool you. The new hangout in the C3 Centre in San Fernando, South Trinidad, is not a sports bar.

519 is named after the number of Test wickets taken by former West Indies Cricketer Courtney Walsh, who is among a group of businessmen with a stake in the new joint.

Opened on May 26, the restaurant and bar have become the trendiest place to watch sporting events as evidenced by the large crowd for the Champions League finals. But it is also a place where friends, families and couples could go to relax and bond over great food. 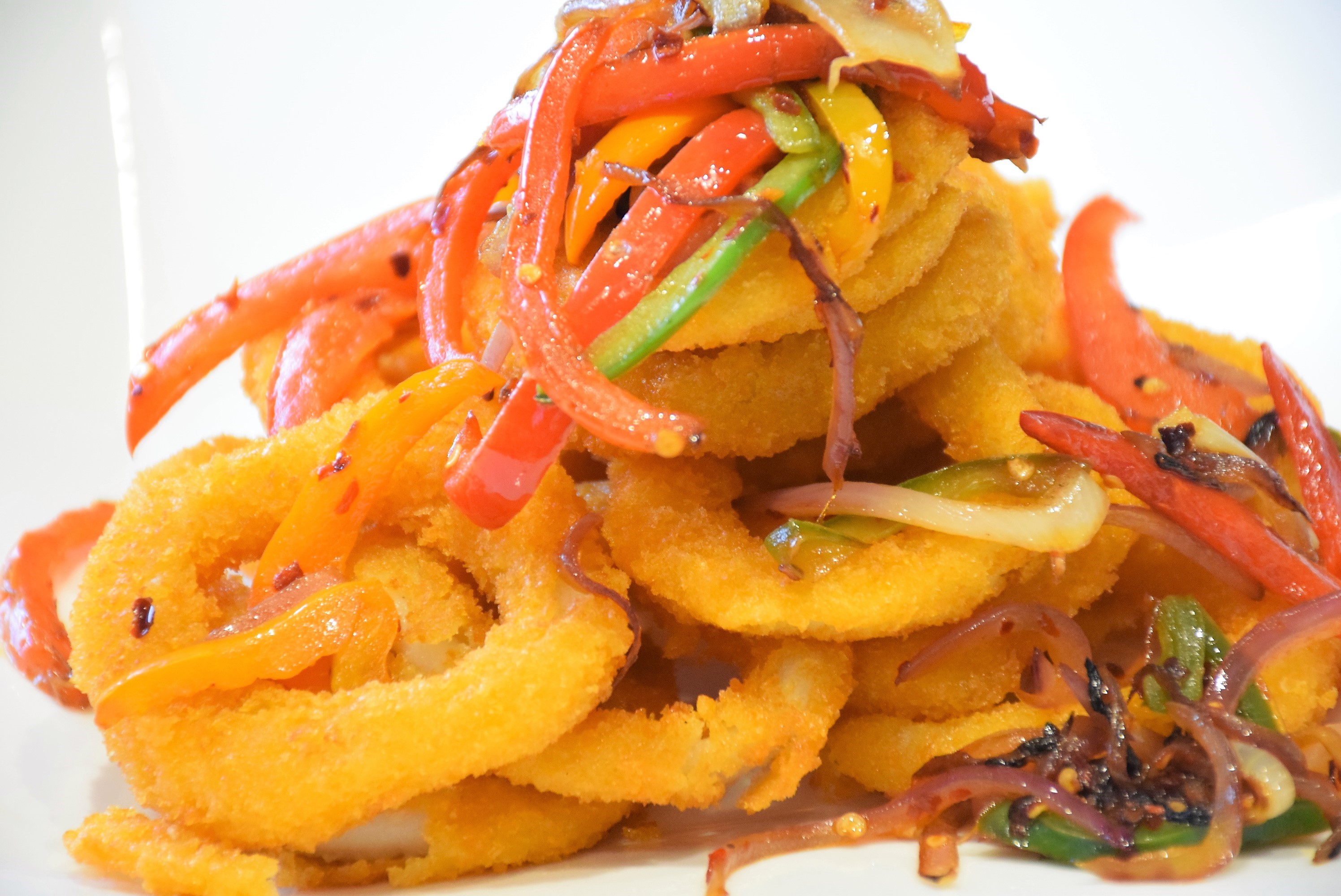 A waitress at the door greets you with a question: “Liming or dining?”

If you are liming, the spacious bar from which you can view a bank of television screens is great for a casual lime.

If you are dining, the restaurant, separated by a glass wall, makes you feel as though you are part of whatever action is taking place but still away.

“The concept was to design a space that you could open up and you could be a part of or you could be away from it and still feel connected, that is why we have a glass,” said designer Kami Jerome, who also incorporated an industrial feel as homage to the South’s energy industries.

The space is also welcoming to women, which Jerome said will attract the men if women feel comfortable enough to hang out with their girlfriends and enjoy a cocktail. 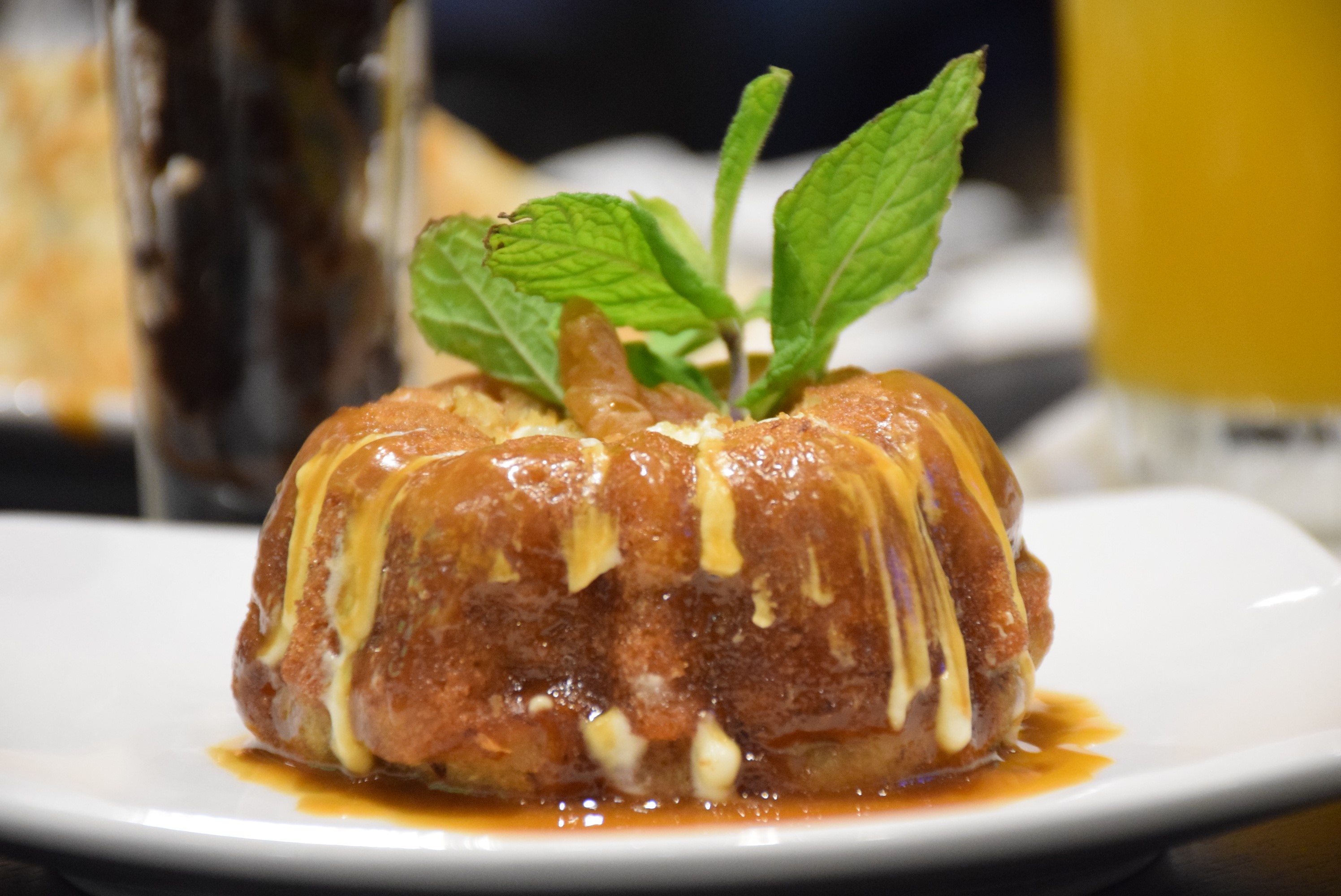 While the menu has the staples you expect such as fries and burgers, Chef Marlon Spencer whips up a combination of dishes with a heavy emphasis on local ingredients and a twist on some favourites.

The fried calamari with the spicy Caribbean slaw served with a garlic aioli sauce is a great appetiser to get things started.

Follow that up with the sweet potato oil down which is a signature side dish that is finger-licking good (yes, I did clean the bowl with my fingers) even without the pigtail. 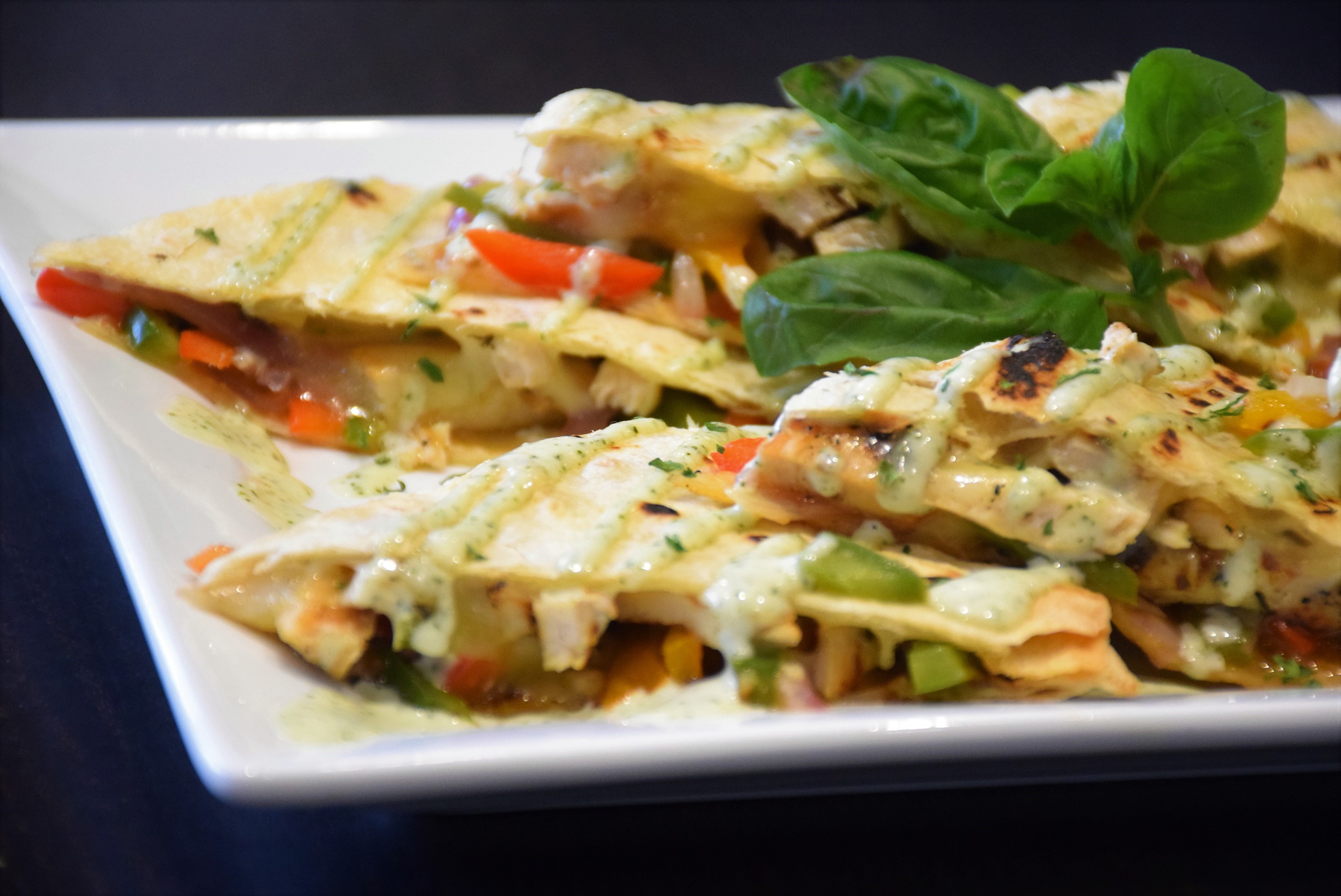 Finish your meal with one of the delectable desserts such as the Malibu coconut cake made with three layers of coconut sponge cake filled with coconut mousse and covered with toasted coconut and rum cream cheese frosting.

The rum glazed banana nut cake with brown butter rum glaze and filled with cream cheese frosting is not something to be eaten quickly but if you can’t handle a big dessert, the dessert shots will keep you in good stead. They come in three flavours: Baileys, with Bailey's mousse, chocolate Irish cream ganache and chocolate covered espresso beans; the Malibu, coconut mousse infused with Malibu rum, coconut sponge and toasted coconut; and Chocolate Stoute, Devil’s food chocolate cake with buttered stout chocolate ganache. 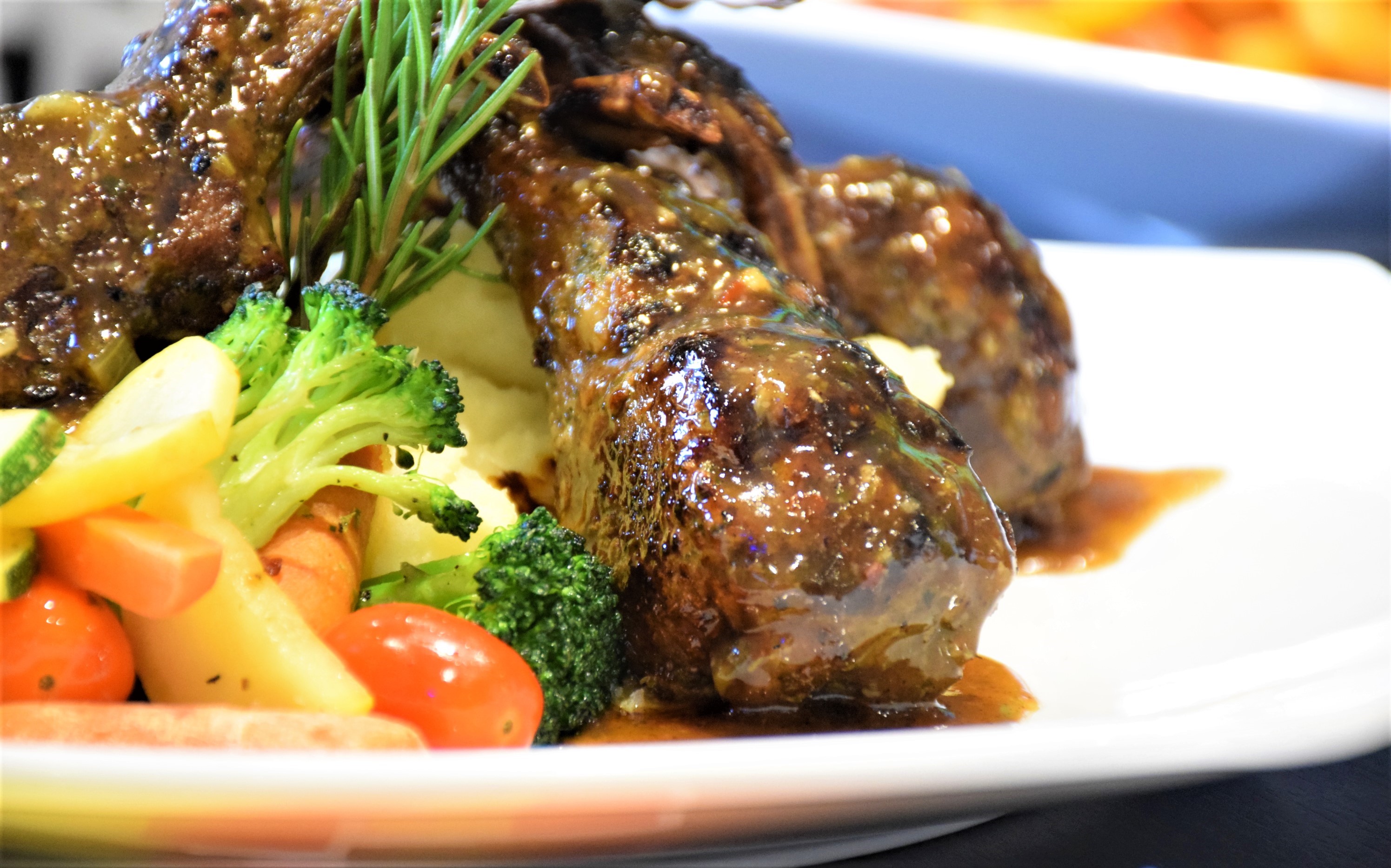 Follow all that good food with cocktails from the pretty extensive drinks menu, among them the Man of the Match cocktail made with orange juice and Meukow.

519 is open from Monday to Wednesday, noon to midnight and till 2 am on Thursdays and anytime on Saturdays and Sundays.