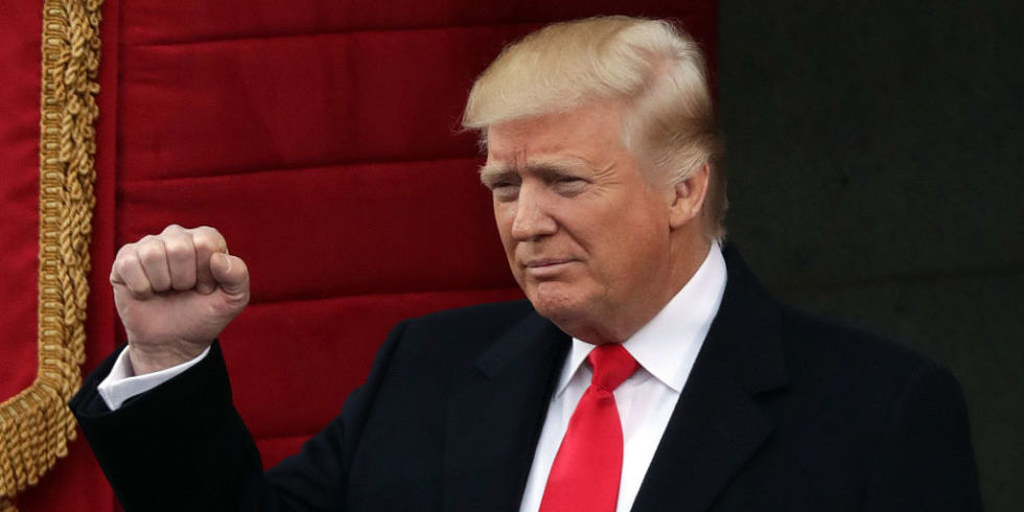 President Donald Trump's celebration of the heroes of the civil rights movement is set to go on without at least one leader from that era who plans to be a no-show for the Mississippi gathering.

Other activists were ready for protests Saturday, citing what they say is Trump's sowing of racial division instead of racial harmony.

Trump, at the invitation of Gov. Phil Bryant, R-Miss., was scheduled to attend the opening of the Museum of Mississippi History and the Mississippi Civil Rights Museum in Jackson, the capital.

But U.S. Rep. John Lewis, D-Ga., a leader of the civil rights movement, no longer intended to speak at or attend the event.

Lewis, who was among scores of Democratic lawmakers who skipped Trump's inauguration in January to protest his record on race, said Trump's presence at the museum opening was an insult.

The White House accused Lewis and others of injecting politics into a moment it said could be used to bring people together.

"It's a little unfortunate that a moment like this, that could be used for unification and bringing people together, some folks are choosing to play politics with it," said White House spokesman Raj Shah. "But that's not going to deter us from honoring heroes in the civil rights movement," which he said include Lewis.

Shah said Trump "has always condemned racism, violence and bigotry and hatred in all forms. We stand by that."

Others accuse Trump of harboring racial animosity, citing his blaming of "both sides" for deadly violence at a white supremacist rally in Charlottesville, Virginia, over the summer. Trump has also relentlessly criticized NFL players for kneeling during the national anthem to protest racism and police brutality largely directed at African-American males.

During the presidential campaign, Trump called for a "complete and total shutdown" of Muslims entering the U.S.

U.S. Rep. Bennie Thompson, Mississippi's only Democrat in Congress, announced his exit from the event in a joint statement with Lewis.

"To come and somehow give the impression that things are all right, that we're getting along, was absolutely the wrong message," Thompson told The Associated Press in a telephone interview this week, saying he views Trump's agenda as too destructive to paper over differences, even for a couple of hours.

The NAACP, which is led by a Mississippian, has said Trump should cancel the appearance. The White House said the thought never crossed the president's mind.

Trump was to tour the civil rights museum, make brief remarks and depart before the celebration ended.

Lewis was arrested in Jackson in 1961 with Freedom Riders who were protesting segregated bus travel, and was held at the infamous Mississippi State Penitentiary at Parchman. Later, as head of the Student Nonviolent Coordinating Committee, Lewis helped organize Freedom Summer, a volunteer effort to register voters in Mississippi in 1964.

Lewis had been expected to be one of the event's main speakers, along with Myrlie Evers, the widow of assassinated Mississippi NAACP leader Medgar Evers. Evers has said she will address Trump's presence.

Thompson, NAACP President Derrick Johnson and others plan to gather Saturday at a local black history museum in Jackson to address what they say is the "contradiction" of Trump attending the opening of the civil rights museum.

Other African-Americans who oppose Trump say they'll attend the dedication.

Angry worshippers lash out against Trump across Muslim world

Mideast braces for fallout from Trump's move on Jerusalem