BP continues to advance its Trinidad and Tobago business 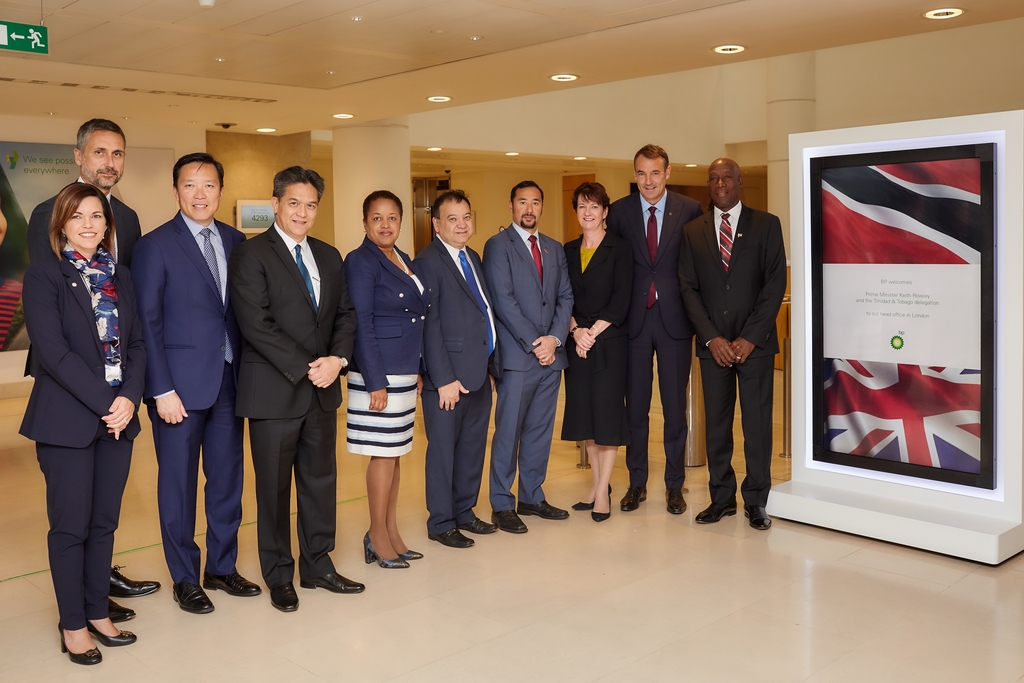 BP’s Upstream chief executive Bernard Looney has emphasised the company’s long-term commitment to Trinidad and Tobago during a meeting with the Honourable Prime Minister Dr Keith Rowley and other T&T Government representatives at BP’s head office in London.

Looney said, “BP values our long-term partnership with Trinidad and Tobago. We have been the largest investor in the country’s upstream sector – investing over US$6 billion in the last five years alone – and are committed to continuing to take our business forward. In the past two years, we’ve started up three new Upstream major projects in Trinidad and recently approved the development of another two.”

Most recently, BP Trinidad and Tobago (BPTT) started production from the Angelin gas project in February this year and late in 2018 sanctioned the development of the Cassia Compression and Matapal projects. BPTT has been the most successful explorer in shallow water acreage offshore Trinidad, discovering around four trillion cubic feet of gas resources since 2012, and has a continuing exploration programme, including wells in both shallow and deep water being drilled in 2019, according to a recent media release from the company.

Looney, with BP’s Upstream chief operating officer regions William Lin and regional president Claire Fitzpatrick, welcomed the opportunity to meet with Dr Rowley and his delegation to advance discussions with the government, including discussing plans to maximise production from BPTT’s resource base and recent results in its infill drilling programme.

Looney said BP’s track record of success in Trinidad provides a strong foundation for advancing opportunities to further develop its Trinidad business: “We continue to be confident in the Columbus Basin and I’m excited by the work being done by our team in Trinidad and Tobago to maximise production and create cleaner and more efficient methods to develop resources.”

Current work includes the development of a new concept for future platforms being piloted for the Cypre development that is expected to significantly reduce the cost of developing resources as well as reducing carbon emissions. The Cypre project is targeting a final investment decision in 2020. If the pilot in Trinidad is successful in unlocking marginal resources, the design may have the potential to be applied in other regions worldwide.

Commenting on the meeting with the T&T delegation, Claire Fitzpatrick said: “We had a fruitful meeting, discussing current issues and updating the Prime Minister on our activities over the short, medium and long term. Our exploration programme, for example, will continue in 2019, as well as work on our two sanctioned projects, Cassia Compression and Matapal.”

BPTT is the largest producer of natural gas in Trinidad and Tobago, accounting for about 55 per cent of national production and continues to make substantial investments in its business.