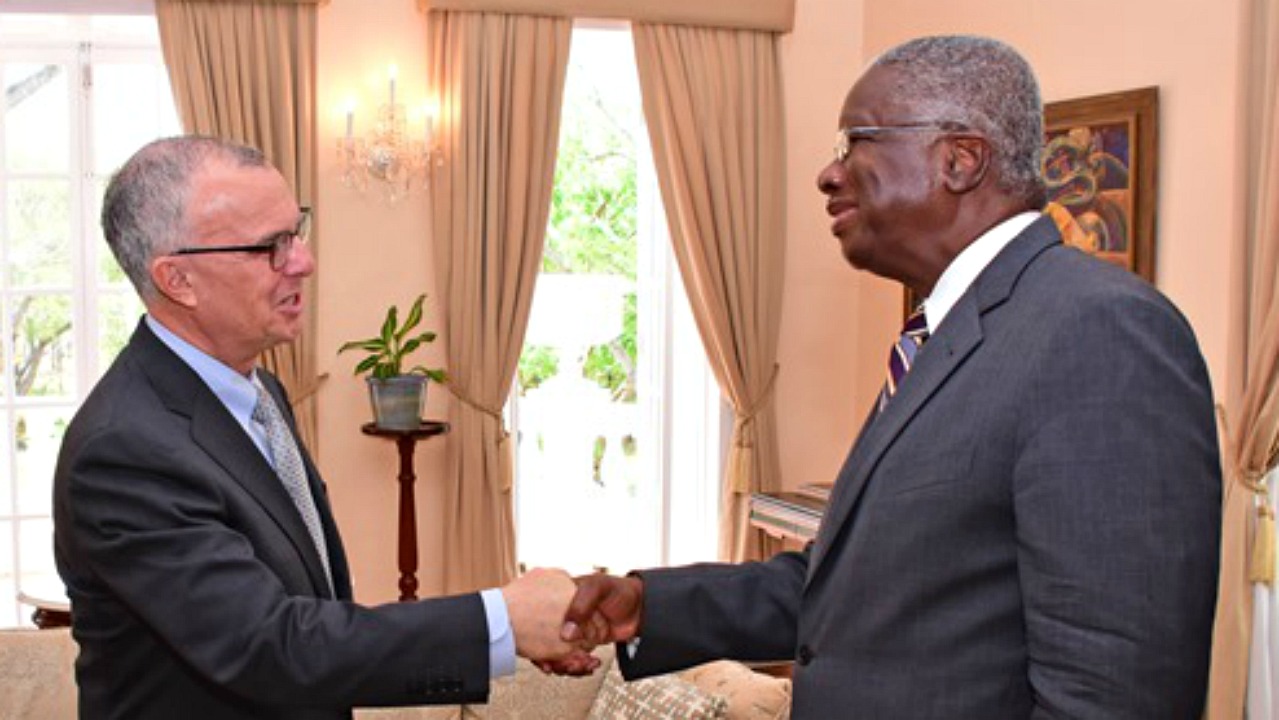 Prime Minister Freundel Stuart has suggested that to describe the export of Caribbean nationals to countries across the world as a brain drain “is to see the glass as half-empty”.

Speaking during a courtesy call with the new Chancellor of the University of the West Indies (UWI), Robert Bermudez, recently, Prime Minister Stuart contended: “I have never seen the export of manpower as a disadvantage because it is important to have our own people strategically dispersed across the world, especially in metropolitan countries.”

The Chancellor agreed that Caribbean nationals abroad could be assets to the region, but he said this could only happen if they saw themselves as Caribbean people living abroad rather than “people who came from the region”.

The challenge, Bermudez said, was to figure out how to keep these nationals engaged. The responsibility of the UWI, he submitted, was to produce nationals who understood the important role they had to play in the region’s development.

“The more our graduates see themselves as citizens, the more we can solve our social problems. We need a lot of hands on deck at a lot of levels,” he added.

Prime Minister Stuart pointed to the need for the University to direct its focus to issues such as entrepreneurship and innovation, as it sought to respond to some of the region’s more pressing challenges. He observed: “It is perceived that one of the areas of regional deficit is in developing an entrepreneurial and innovative culture and it is thought that that is the direction the University needs to take.”

Mr. Bermudez maintained: “We have to teach young people to be disrupters. Entrepreneurship is really people’s willingness to be disruptive and the UWI must encourage that. To try to stop it is a losing proposition, so we must embrace it.”

Stating that the Caribbean was made up of micro-economies, he stressed the importance of sticking together and speaking with a collective voice in order to have relevance in the world. “The University has to be more engaging. It must become more integrated because we need people in all kinds of areas to help,” he said.

Prime Minister Stuart congratulated the new Chancellor on his elevation to the position and wished him every success. Mr. Bermudez was accompanied by Campus Registrar, Kenneth Walters. Permanent Secretary in the Prime Minister’s Office, Sonja Welch, also attended the meeting.