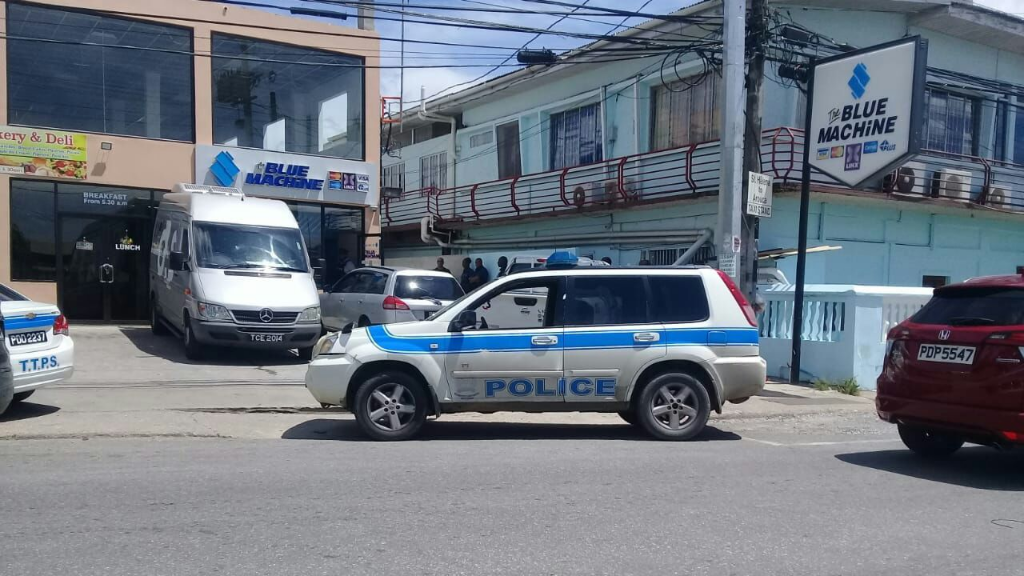 Police are currently reviewing CCTV footage after a daring daylight robbery in St Helena in which armed gunmen robbed security officers from an armoured truck.

According to police reports, the gunmen robbed the three security officers from the G4s armoured truck as they attempted to replenish the Republic Bank ATM at the St. Helena branch around midday on Monday.

The gunmen, who wore masks, disarmed the security officers and took cash from the dispensing bins.

The bandits then escaped in a waiting SUV.

Following a tip-off, officers found the getaway vehicle abandoned in a bushy area in Las Lomas.

The suspects remain at large.