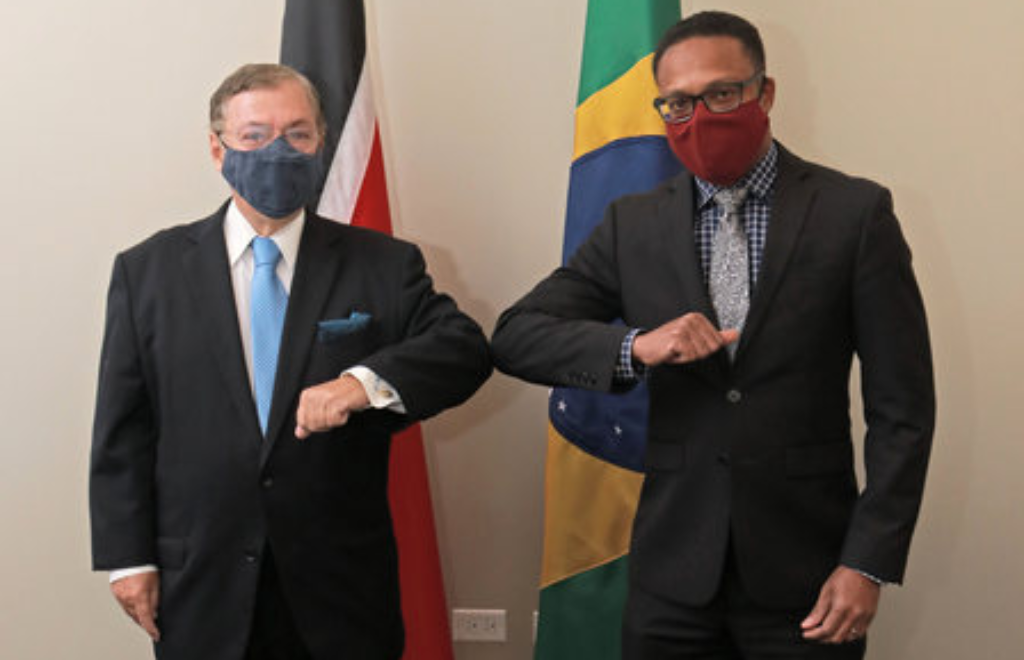 Brazil can learn from Trinidad and Tobago’s response to the COVID-19 pandemic.

So said Ambassador of the Federative Republic of Brazil, José Antonio Piras, as he commended T&T on its response to the pandemic.

Ambassador Piras expressed the views during an introductory Courtesy Call on Minister of Foreign and CARICOM Affairs Dr Amery Browne at the Ministry’s headquarters last Wednesday.

During the Courtesy Call, Minister Browne acknowledged that Trinidad and Tobago had some notable success in addressing the COVID-19 pandemic, but our Government continues to assess and improve the national response to the crisis.

In this regard, he noted that Trinidad and Tobago could continue to learn from the experiences of others.

Browne also used the occasion to convey his appreciation for the warm welcome he received from the people of Brazil during his tenure as Ambassador of Trinidad and Tobago to Brazil.

He noted that when he arrived in Brasilia, Zika was the major health issue and when he left, COVID-19 had become the issue.

The discussion during the meeting also focused on potential areas of collaboration between Trinidad and Tobago and Brazil.

One key sector of potential cooperation identified by Minister Browne was agriculture, noting that he recognised the strength of the Brazilian agricultural sector.

The Minister further cited the advancements made by Brazil in the use of technology, agro-processing and the use of land space, as areas in which Trinidad and Tobago could learn and benefit from the Brazilian experience.

The meeting concluded with Minister Browne and Ambassador Piras exchanging their positive impressions of Brazil and Trinidad and Tobago, respectively, and reaffirming their commitment to strengthening bilateral relations between both countries.