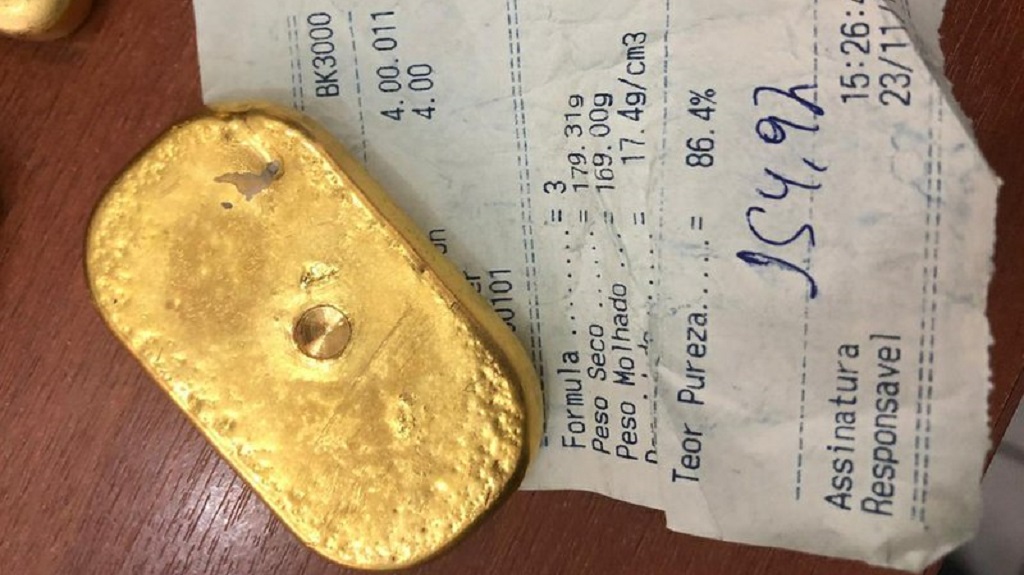 Brazil's federal police carried out arrest warrants Friday targeting an operation that allegedly smuggled Venezuelan gold worth some $74 million between 2017 and 2019.

Police said in a statement that authorities were seeking 22 arrests in five states, including three in the Amazon, related to a scheme that funnelled gold from illegal mines in Venezuela to a company in the state of Sao Paulo.

The organization was comprised of Venezuelans and Brazilians living in the northern state of Roraima who purchased the illegal gold and, with the help of corrupt public agents, obtained falsified documents to hide its origin.

"Even with latent indications of irregularities around the origin of the mineral, the company received and exported it abroad," the statement said.

The company, which wasn't named, is also suspected of buying illegal gold connected to another police investigation, and in 2018 exported $240 million worth of gold, the statement said.

Jamaican man gets 21 years in US prison for smuggling people