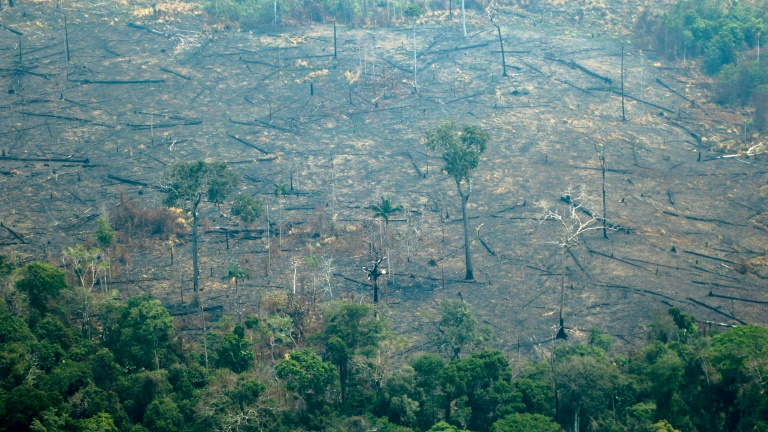 The Latest on the fires burning in Brazil's Amazon region (all times local):

Brazil has rejected a Group of Seven offer of international aid to fight Amazon wildfires, and French President Emmanuel Macron is shrugging off the snub.

Macron put the Amazon fires high on the agenda of the G-7 summit in France, where world powers pledged this week some $40 million to fight the fires and plant new trees because of the Amazon's importance to the global climate.

Brazilian president Jair Bolsonaro accused France and other rich countries of treating the region like a "colony."

Macron said in a speech Tuesday that Bolsonaro's interpretation is a "mistake.

He said the money isn't just aimed at Brazil but at nine countries in the Amazon region, including Colombia and Bolivia. France too considers itself an Amazon country via its overseas region of French Guiana.

Macron and Bolsonaro have been feuding over social media in recent days.

Firefighters in Brazil's Amazon have the enormous challenge of putting out a multitude of blazes and safeguarding a vast region described by world leaders as critical to the health of the planet. Brazil's National Space Research Institute says the number of fires has risen by 85% to more than 77,000 in the last year. About half of the fires have been in the Amazon region, with many in just the past month.