No tax increases for next two years, says Imbert 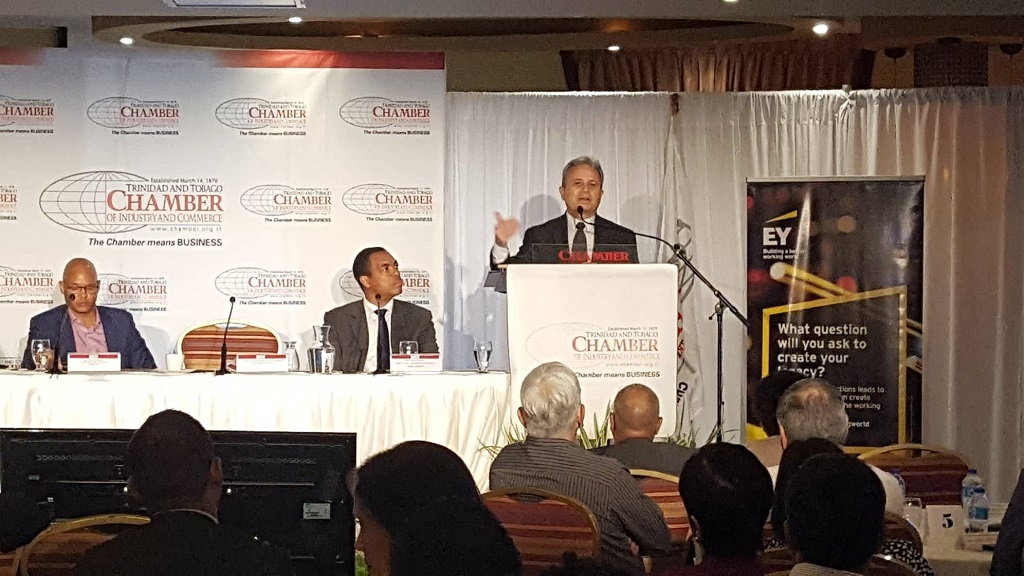 Citizens can breathe a sigh of relief as Finance Minister Colm Imbert has assured that there will be no further increases on any taxes in the next two years.

This, as the Minister says Government is doing all it can to ensure that there is minimal impact on citizens.

Imbert gave the assurance while speaking at the Chamber of Industry and Commerce's Post Budget Forum on Tuesday.

The cost of super gasoline was the only increase announced in Monday's budget presentation as the Minister said Government opted for a compromise rather than an increase in taxes.

The Minister disclosed that he was advised by the International Monetary Fund (IMF) to raise taxes on tobacco and alcohol - advice which he refused.

He said the decision to leave the current taxes on these items was based on data-driven research, which showed that there was no increase in revenue from the last raise announced in the last budget.

He said the decision to raise the price of super gasoline was taken to ensure the smallest effect on the cost of living.

The statement comes after Monday's announcement during the 2018/2019 National Budget presentation that the fuel subsidy on super gasoline would be removed further, resulting in an increase of $1 from $3.97 to $4.97 per litre.

Speaking on the state of Trinidad and Tobago's economy, Imbert said the economy has turned around, noting an increase in GDP and a drop in debt to GDP ratio, which now stands at 61 percent.

Imbert said with no increase in taxes on the cards, Government can now start looking at further incentives to grow the economy.

Responding to concerns over fuel prices in the context of the looming closure of Petrotrin's Pointe-a-Pierre refinery, Imbert said there is no connection between the state-owned oil company and the price that citizens will pay at the pumps.