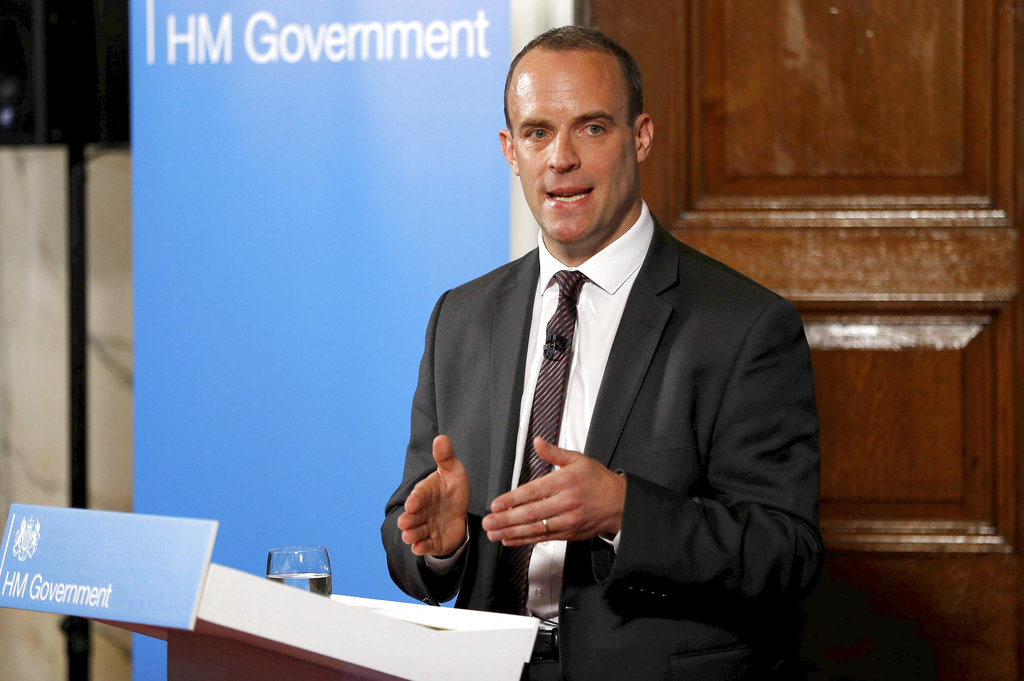 Britain will unilaterally accept some European Union rules and give EU financial services firms continued access to the U.K. market in order to maintain stability if the country crashes out of the bloc without a deal, the country's top negotiator said Thursday.

The details come in a raft of documents laying out government plans for a "no deal" Brexit and offering people and businesses advice on how to prepare.

The first 25 of more than 70 papers published Thursday cover everything from financial services to nuclear materials.

Britain says it will allow EU financial service firms to continue operating in the U.K. for up to three years — though it can't guarantee the reverse will also be true.

The documents say "people and businesses should not be alarmed" by the planning.

Brexit Secretary Dominic Raab said Britain was determined to "manage the risks and embrace the opportunities" of Brexit.

He dismissed alarming headlines suggesting the U.K. could run out of sandwich supplies and other staples.

"You will still be able to enjoy a BLT after Brexit," he said in a speech in London.

Despite the upbeat tone, the documents reveal the scale of disruption to the British economy and daily life that could follow Brexit.

While the U.K. currently has customs-free trade with the 27 other EU countries, the documents say a no-deal Brexit would mean a much harder border.

For goods going to and coming from the EU, "an import declaration will be required, customs checks may be arrived out and any customs duties must be paid," one document said.

UK rates raised to highest since 2009 despite Brexit worries