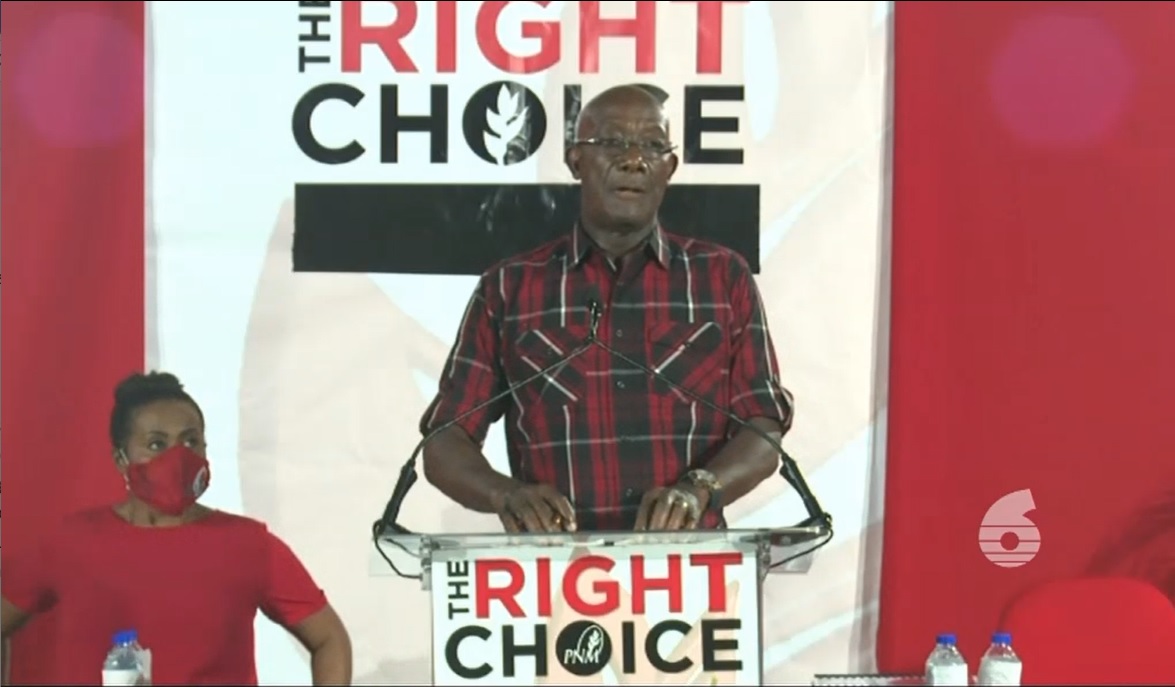 Prime Minister Dr Keith Rowley has announced that international forces will be called in to help investigate the seizure of $22 million in La Horquetta last month.

Speaking on a post-budget platform, Dr Rowley reiterated that the find was ‘disturbing’ and said that no resource would be spared in getting to the bottom of the situation.

“I approached the British government for help and we are waiting British police officers in Trinidad and Tobago on that matter of the ‘Drugs Sou Sou’. On the same matter, I approached the government of Barbados and as I speak to you now, two senior Barbados police investigating officers are on their way to Trinidad and Tobago and they will form part of a team that will comprehensively examine this matter to find out where, how, whom and why $22 million could have been found by police, enter a police station, disappear after and nobody could tell the country what happened there,” he said.

Once they arrive, all these investigators will be sworn in as Special Reserve Police Officers to skirt any issues that could arise while they’re here.

The request for outside help has to do with the apparent involvement of Trinidadian law enforcement in the scheme. Dr Rowley said they’ll be looking at the possibility that local officers behaved improperly.

Dr Rowley reiterated that despite the misleading name, the organisation is not what it seems.

“That is not a sou sou; that is a threat to the national security of Trinidad and Tobago and if we don’t investigate it properly, it will be a cancer that will eat the soul of this nation,” he implored.

The investigation will follow a long line of events that started in September. After the Drugs Sou Sou (DSS) organisation began to gain popularity in Trinidad, local authorities warned that it could be part of a pyramid scheme and not a sou sou at all.

As DSS persisted, the police raided the operator’s home in La Horquetta where more than $22 million was found and seized. Less than 24 hours later, the money was returned to the operator without Commissioner of Police, Gary Griffith being informed.

Later on, a video would surface purportedly showing a member of the defence force shoving an envelope into his uniform while at the scene of the seizure. This prompted widespread criticism of those present.

Commissioner Griffith has mounted multiple investigations of his own in the matter; one of which resulted in the suspension of four police officers and the transfer of 11 others.

In an interview, Griffith said that there was reason to believe that even more than $22 million was found and that he was being advised by high level officials to 'stay away' from the matter.