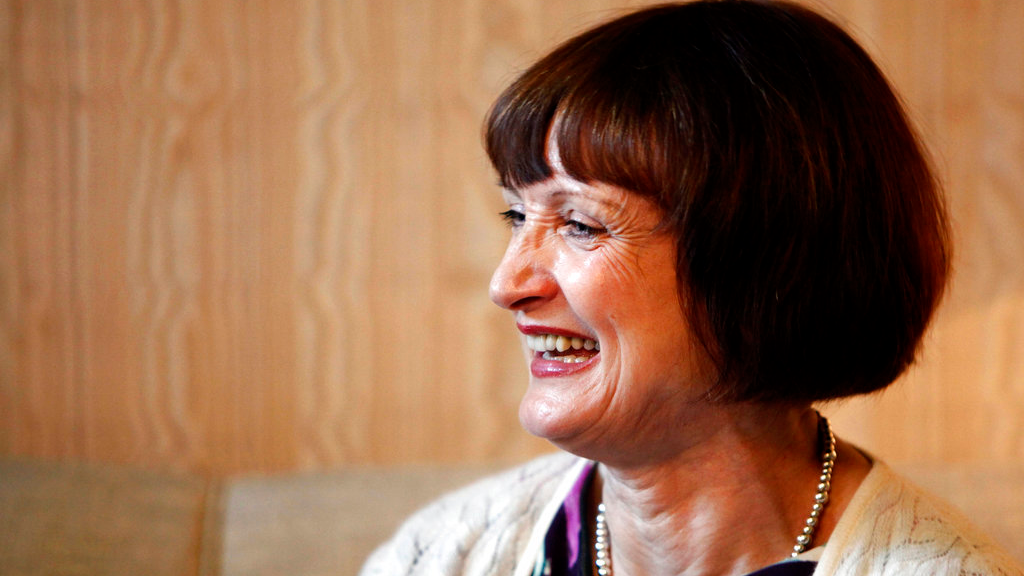 Tessa Jowell, the former British culture secretary who played a key role in securing the 2012 London Olympics and used her own cancer diagnosis to campaign for better treatment, has died. She was 70.

Jowell died peacefully at the family home in Warwickshire, England on Saturday evening, her family said in a statement released Sunday.

Jowell, who was diagnosed with a brain tumor last year, remained a member of the House of Lords and used the platform to call for improved information-sharing and better access to medical care. Her memorable speech in Parliament moved her peers to tears.

"In the end, what gives a life meaning is not only how it is lived, but how it draws to a close," she said in January, with a shawl around her shoulders and her head covered by a skull cap. "I hope that this debate will give hope to other cancer patients, like me, so we can live well together with cancer — not just dying of it. All of us — for longer."

While politicians of all affiliations offered tributes and praise for Jowell's courage and her championing of programs like Sure Start children's centers as a government minister, it was her work on the Olympics that gave her a profile with the general public.

Having pushed the British government to bid for the Olympics, her joy on securing the games for London was short-lived. The following day — July 7, 2005 — four suicide bombers targeted the city's public transportation network, killing 52 people and injuring hundreds more.

On the 10th anniversary of the attacks, Jowell told those attending a memorial service that her memories of the day were vivid.

"I will certainly never forget it — neither the day itself nor the days afterwards. I was in Singapore," she recalled. "We were celebrating having won the Olympic bid when my private secretary received a call from London to be told that there might have been a terrorist attack on the Tube network.

"As the full scale of the atrocity became clear, those of us representing the U.K. in Singapore could think about just one thing: we had to get home."

Former Prime Minister Tony Blair asked Jowell to coordinate the government's support for survivors and the bereaved. She later said she often thought about July 7, but particularly during the two-minute silence at the London Games' opening ceremony directed by Danny Boyle.

"I saw the forward-looking, expansive, optimistic vision of Britain that the opening ceremony represented and I thought again that this was something the bombers and their supporters would have hated — all those nations, with their different views, their different cultures, their different traditions, coming together in a spirit of peace and play," she said.

"So it was a deeply civilized thing that we did in those marvelous two weeks in the summer of 2012."

Tributes for Jowell poured in from the many corners of British life she touched. In politics, Blair applauded her understanding of public health and the need "to shift health policy towards prevention of illness and not only cure." In sport, soccer legend David Beckham posted an image on his Instagram feed that showed him giving her a hug.

"Dame Tessa who was a passionate & amazing woman in so many different ways," Beckham wrote.

Jowell is survived by her husband, David Mills, and their children Jessie and Matthew. The family said the funeral would be small and private, but a memorial open to all would be held later.