Owner of Caribbean Discovery Tours Stephen Broadbridge has sought to defend Starlite Group Limited Managing Director Gerald Aboud, who has come under fire for controversial and offensive statements he made on social media in response to Black Lives Matter protests.

In a Facebook post last Tuesday, Aboud said "racism is one thing but the right to have an opinion is another."

The Syrian-Trinidadian businessman went on to say that black people should "rise up from this state of mind."

Amid public backlash and calls for a boycott of his business, Aboud was forced to issue an apology.

A petition on Change.org calling for a boycott of Starlite and other companies affiliated with Aboud has garnered almost 5,000 signatures.

Broadbridge has since come out in defence of Aboud, describing the action "as one of the stupidest boycott causes I've ever seen."

He claimed that the Starlite owner was being victimised over "an opinion" and even urged persons to "boycott me too". 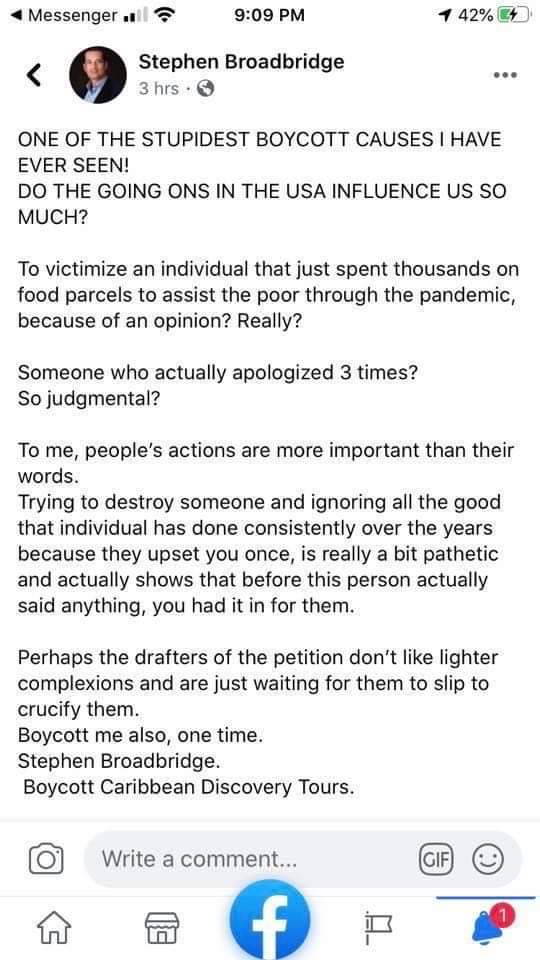