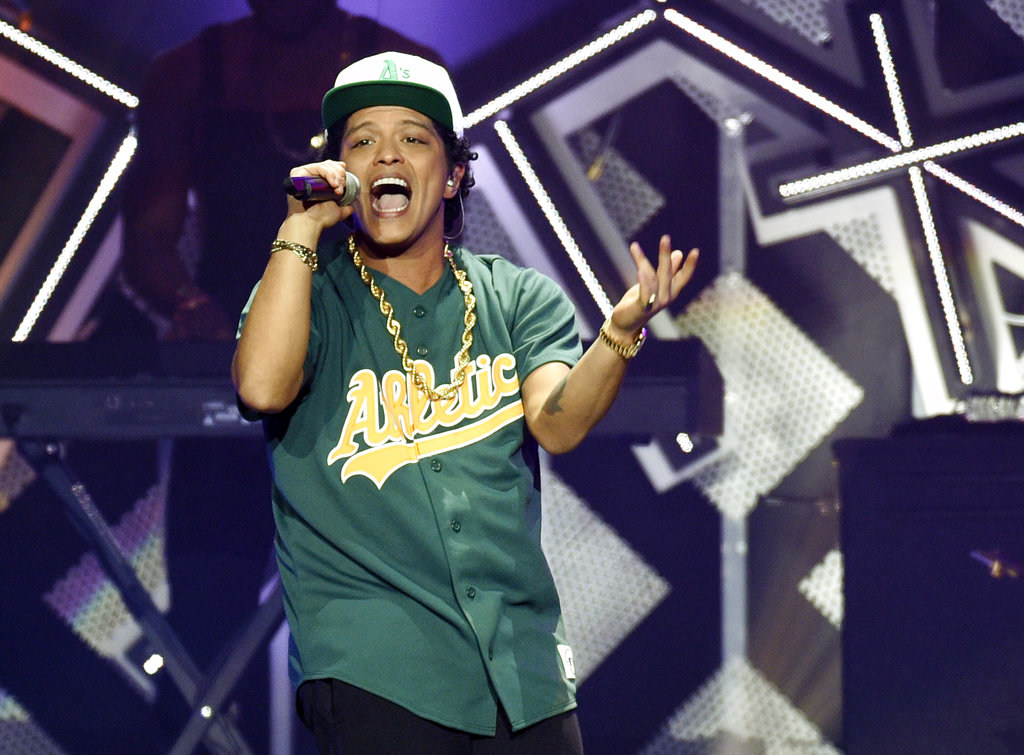 In this Dec. 2, 2016 file photo, Bruno Mars performs at the 2016 Jingle Ball at Staples Center in Los Angeles. Mars is donating $1 million from his Michigan concert to aid those affected by the Flint water crisis. (Photo by Chris Pizzello/Invision/AP, File)

Bruno Mars said Saturday he is donating $1 million from his Michigan concert to aid those affected by the Flint water crisis.

The Grammy-winning star told the audience at his show in Auburn Hills, about 30 miles (48 kilometers) from Detroit, that he and tour promoter Live Nation are redirecting funds from the show to the charity The Community Foundation of Greater Flint.

In 2014, Flint switched water sources and failed to add corrosion-reducing phosphates, allowing lead from old pipes to leach into the water. Elevated levels of lead, a neurotoxin, were detected in children, and 12 people died in a Legionnaires' disease outbreak that experts suspect was linked to the improperly treated water.

"I'm very thankful to the Michigan audience for joining me in supporting this cause," Mars said in a statement. "Ongoing challenges remain years later for Flint residents, and it's important that we don't forget our brothers and sisters affected by this disaster."

Mars, who was born and raised in Hawaii, performed at the Palace of Auburn Hills during his sold-out 24K Magic World Tour. His latest album, "24K Magic," recently achieved double platinum status.

Nanny donates portion of liver to save 16-month-old's life