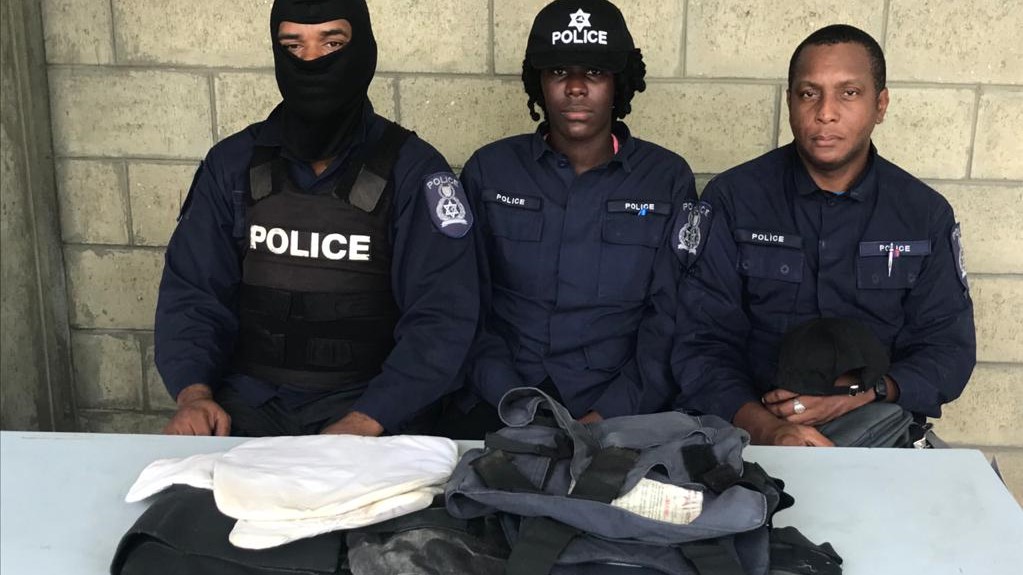 Police officers stand with the four bullet proof vests they seized in Port of Spain.

The discovery of four bullet proof vests has alarmed senior officers in the Port of Spain Division.
The find was made yesterday morning in a building which is under construction along Park Street, Port of Spain.

Police received intelligence that criminal elements were hiding weapons and other illegal items in the premises.

When they arrived, and a search was conducted, the four vests were found and seized. No one was held.

This operation also saw two persons being held for driving under the influence. The highest reading was 131 microgrammes per 100 millilitre of breath. The legal limit is 35 µg/100mL. The other individual had a reading of 86 µg/100mL.

They are both expected to appear before a Port of Spain Magistrate today.

It was conducted by Sgt Bharath, Cpl Guerra, Cpl Ramjattan, W/Cpl Halls, among others.