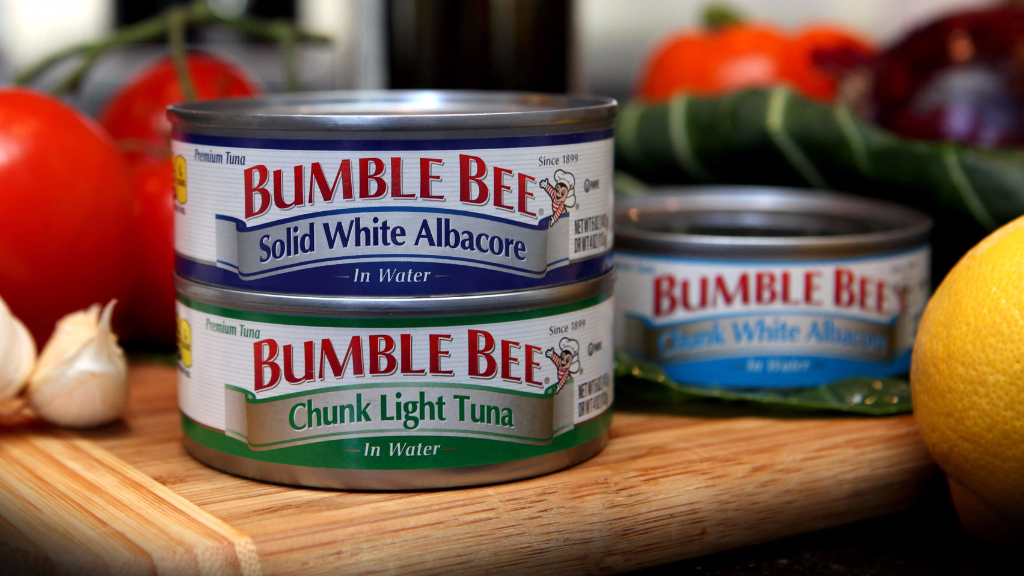 Tuna-canning company Bumble Bee Foods has agreed to pay a $25 million fine after pleading guilty to conspiring with competitors to fix prices, the U.S. Department of Justice said Monday.

The San Diego-based company will also cooperate with an ongoing antitrust investigation into the packaged seafood industry, the federal agency said.

The fine will increase to $81.5 million if the company is sold.

The criminal charge reflects broader concerns about competition within the industry.

Federal civil litigation in California has alleged price-fixing collusion by Bumble Bee and its competitors.

The Justice Department said in December that Bumble Bee and Chicken of the Sea, a rival company, were abandoning a planned merger after the department raised concerns that the transaction would harm competition.

"Companies small and large hold a great deal of the American peoples' trust and this type of unfair, greedy behaviour will not be tolerated," said FBI agent John Bennett, head of the agency's San Francisco office, which is leading the investigation.

Two Bumble Bee executives pleaded guilty to price-fixing charges last year and have agreed to cooperate with the federal investigation.

"The company has taken this matter very seriously and fully cooperated with the DOJ from the start of the investigation," Irvin said. "We accept full responsibility for needing to earn back any lost trust in our company and will do so by acting with integrity and transparency in every way we operate our business."