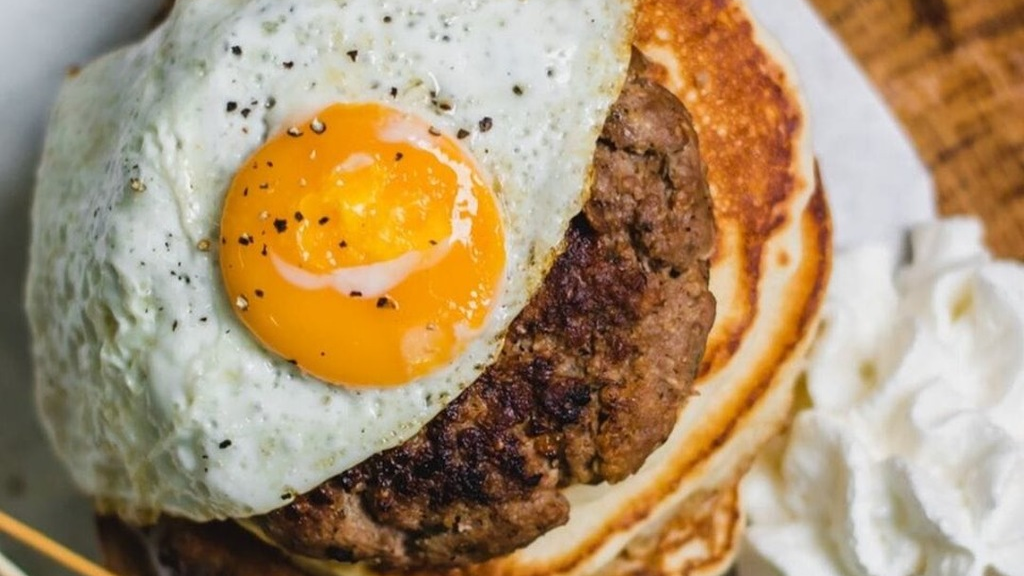 Burger Babe does gourmet patties stuffed with cheese and seasonings.

A year after her dream of opening her own restaurant was dashed, Crystal John has put her disappointment behind her and pursuing her passion.

John is the owner of the new Burger Babe brand, a line of frozen gourmet burger patties which she has been selling for the last month through social media.

The line includes the Italian patty, a mix of basil and mozzarella, the Total Local, locally infused spices and fresh seasonings with a pimento and cheese mix, as well as patties made with curry, turkey burgers and a combination of chicken and prunes. She also caters to the vegetarians with a saltfish patty which John only does for special events, and patties made of fish, channa and lentils.

John also does the Never See Come See burger, a monstrous creation nine feet tall and weighing 12.5 lbs. John markets the burger as an alternative to the traditional birthday cake.

The excitement emanating from John over her venture is palpable.

The response to her burgers has exceeded her expectations she said. 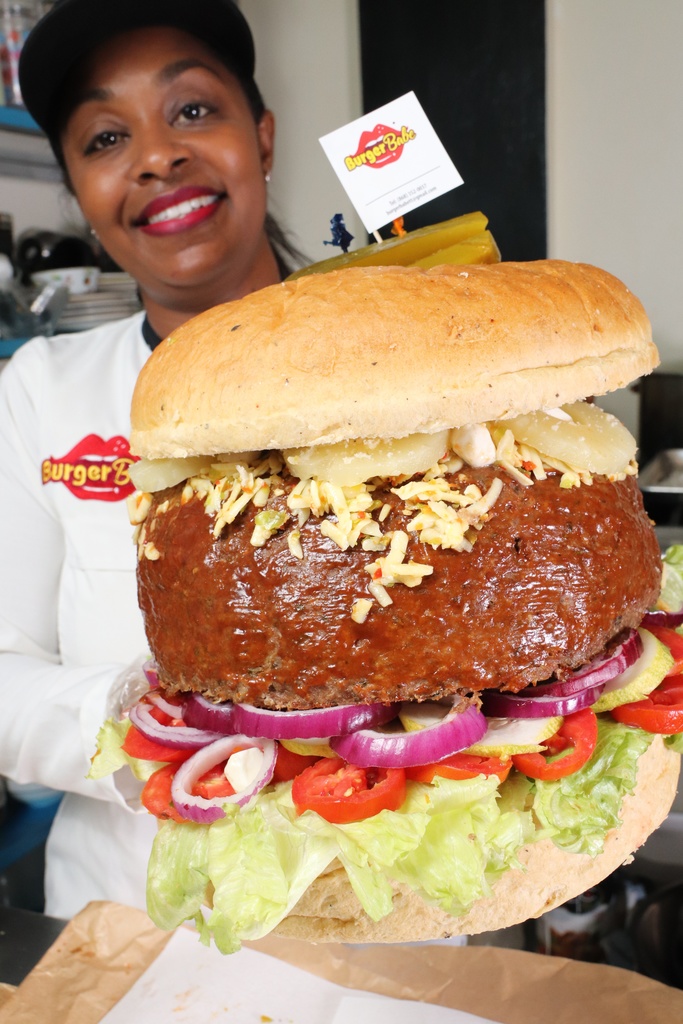 On her first day, she expected to do no more than three orders but ended up with 26.

“I am surprised at the response. You hear people say yes I will support and at the back of your mind you say yeah but they really did,” she told Loop.

The positive response is really a validation of an idea that was born years ago thanks to her son.

“The idea came from myself and my son’s love for burgers. Throughout Trinidad, you get nice tasting burgers but you have to put a lot of sauces and ketchup on it but I wanted a burger that wasn’t dependant on sauces. It should complement not overwhelm,” she said.

“I created it years ago and sold to a very popular restaurant and it was one of their biggest hits. It gave foreigners not only a taste of burger but also a taste of Trinidad,” she said.

John comes from a family of cooks. Her grandmother was a housewife with 13 children and she cooked all the time.

“It’s in my veins. I have been cooking from small. My first meal was Pelau.  I found meat in the fridge and I took it out and I made a rice mix up and when my grandmother asked me where I got the meat from and I told her, it turns out that it was meat for the dog. For me it was more encouragement because I made dog meat taste good,” she said with a laugh.

John, who worked in sales for 15 years, always cooked as a side hustle but she never wanted to be the typical caterer.

“I wanted to move in a more focused direction and because of my love for burgers that was the ideal thing,” she said.

Four years ago she left her job to pursue cooking full time. Last year, she decided to go brace and open her own eating establishment. Through a realtor, she found the perfect spot to rent in St Clair, Port-of-Spain and was in the process of outfitting the space when she ran into a legal snag. The property, she was informed, was listed as a residential space which meant she could not get the necessary permissions to run a commercial venture.

“It was disheartening especially for a young woman putting in an investment and pushing for something that is supposed to be my future and it was all taken away. I lost $250 000 from that,” she said.

“I just kinda went into a funk. It was at the tip of my fingers and then the reality started kicking in that this will really not happen. I continued along and just put it on the back burner, I didn’t want to hear anything about burger babe. I knew I had to shake it off but I just focused on my sales training. I do sales training for corporate companies, teaching them how to sell in a structured way.”

But people would just not allow her to forget. They kept asking about her yummy burgers and the more people asked, the more she felt the need to revisit her passion.

“It is not what I wanted it in terms of brick and mortar, but I didn’t want to cheat people of the Burger Babe experience. I decided to package the burgers in four and eight packs and just send it out to friends. It has been an overwhelming experience. It hasn’t been a month yet and so far I have sold over 100 packets,” she said.

John is constantly innovating and looking for new areas of appeal for her burgers like the fitness market. She also caters for small to large gatherings with platters for the office, meetings, parties and home limes.

She also makes her own line of sauces and signature buns to accompany her burgers.