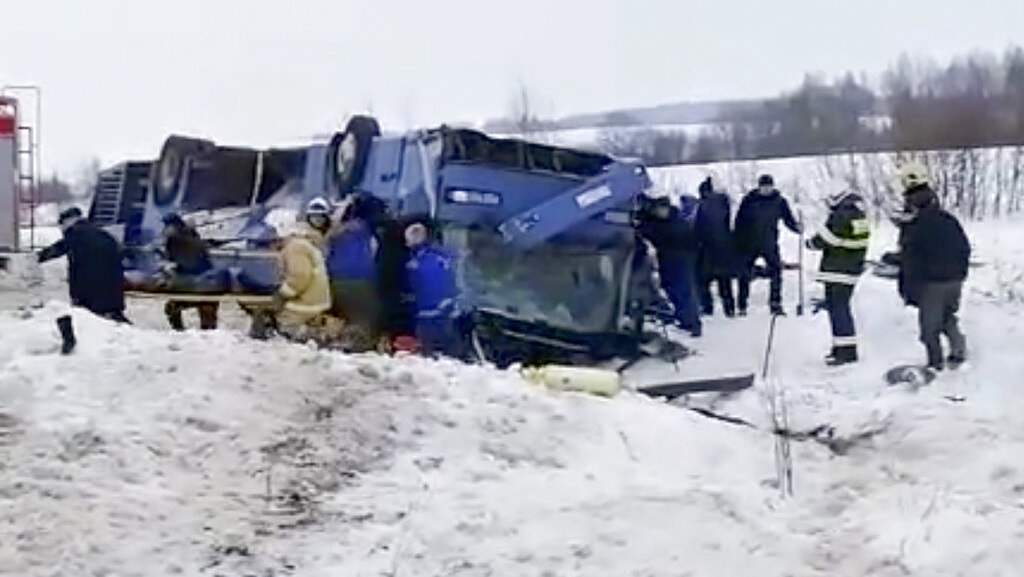 A bus crashed south of Moscow on Sunday, killing at least seven people, four of them children, and sending 32 others to the hospital with injuries, authorities said.

The bus carrying 45 people tipped over and crashed on a local road about 190 kilometers (118 miles) south of Moscow in the morning, the Emergency Situations Ministry said, updating previous reports that it was carrying 48 people.

Dozens of people were trapped inside the bus, and it was not until hours later that the rescue teams managed to pull everyone out. The injured included 23 children.

The cause of the crash was not immediately clear and police said they detained the driver for questioning. Footage released by emergency responders showed the bus lying on the side of a snow-covered road.

The Interfax news agency quoted the mayor of the town of Yartsevo as saying the bus was carrying a children's dance club to a competition in the city of Kaluga.

The local Emergency Situations Ministry said there was no collision. It said the driver appeared to lose control of the vehicle for some reason and the bus veered off the road.

Trump blames Russia as US pulls out of nuclear arms treaty