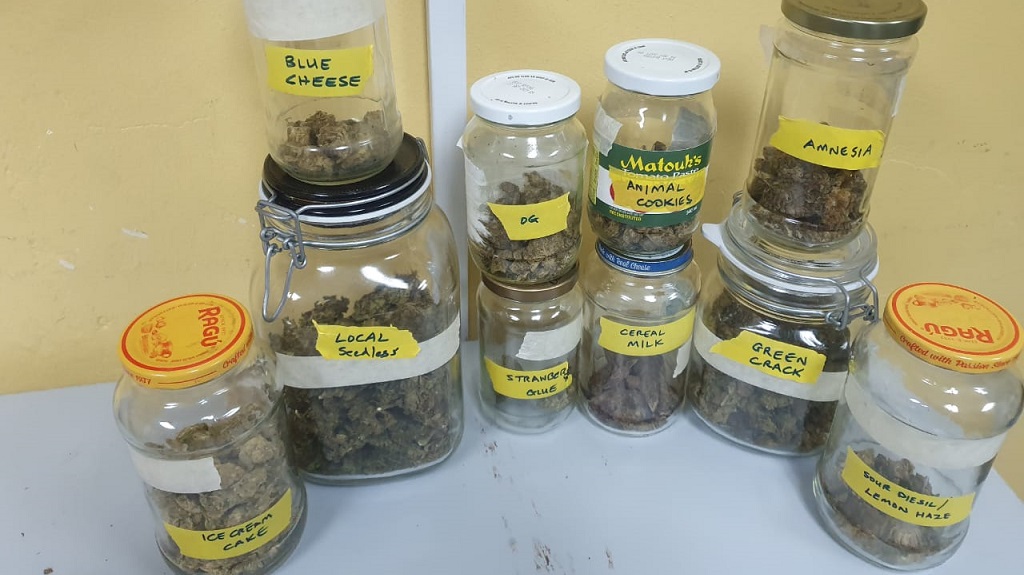 Police are once again reminding citizens that under current legislation, the legal limit for marijuana possession per person remains up to 30 grammes and up to four plants.

This latest reminder comes after the son of the owner of a popular hardware in the Carenage area was arrested for possession of 267 grammes of marijuana.

The man was held around 8 pm on Sunday night by officers of the Western Division Task Force and subsequently arrested.

The officers executed a search warrant at the home of a 39-year-old man located at Anchor Drive, Westmoorings, where they found and seized in various glass jars high-grade marijuana.

In an unrelated exercise, the same party of officers got intelligence which led them to a home along Link Road, Lange Park, Chaguanas this morning.

Around 5 am, the officers executed a search warrant at the home of a 25-year-old man, who is said to be the son-in-law of a prominent religious minister in the community, and seized 151 grammes of high-grade marijuana. He was also arrested.